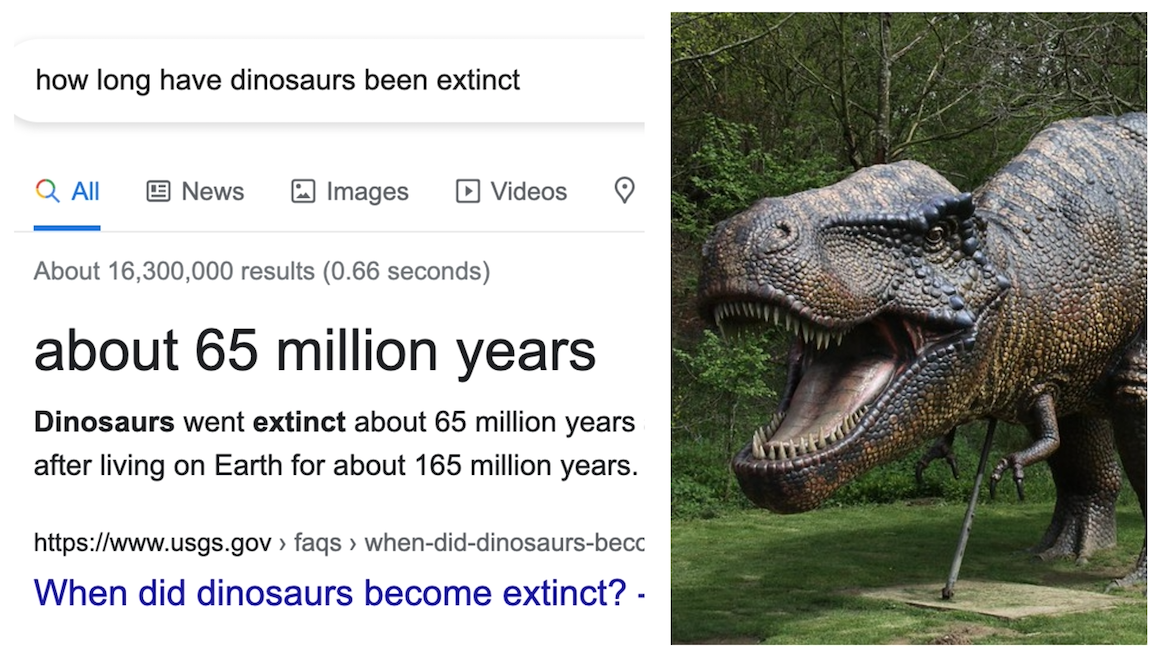 Dinosaurs have been extinct for about 65 million years, but according to a recent poll, many Americans think they are still roaming the earth today.

The poll found that out of over 2,000 adult respondents, 46% said they believed that dinosaurs still existed in remote locations across the globe.

A further 22% said they thought it could be a possibility, leaving only a third of those surveyed stating that dinosaurs did not exist in modern-day at all. Worryingly, the correct answer was chosen by only 33% of respondents.

Although dinosaurs have been extinct for around 65 million years, 23% of respondents thought dinosaurs went extinct 2,000 years ago—21% believed it was only 100 years ago.

But that’s not all, 1,200 people truly believed there was a dinosaur named ‘doyouthinktheysarus’.

The survey, conducted by Boat Rocker Studios, was a promotion for its animated series about dinosaurs, Dino Ranch. It released the findings on June 1, International Dinosaur Day, of course.

According to Fox News, the survey was originally created for pre-school children, but the studio company thought adults would benefit from partaking, too.

Considering the adults’ responses, it may seem surprising that only 41% admitted they thought their child knew more about dinosaurs than they did.

In this article:America, Featured, life