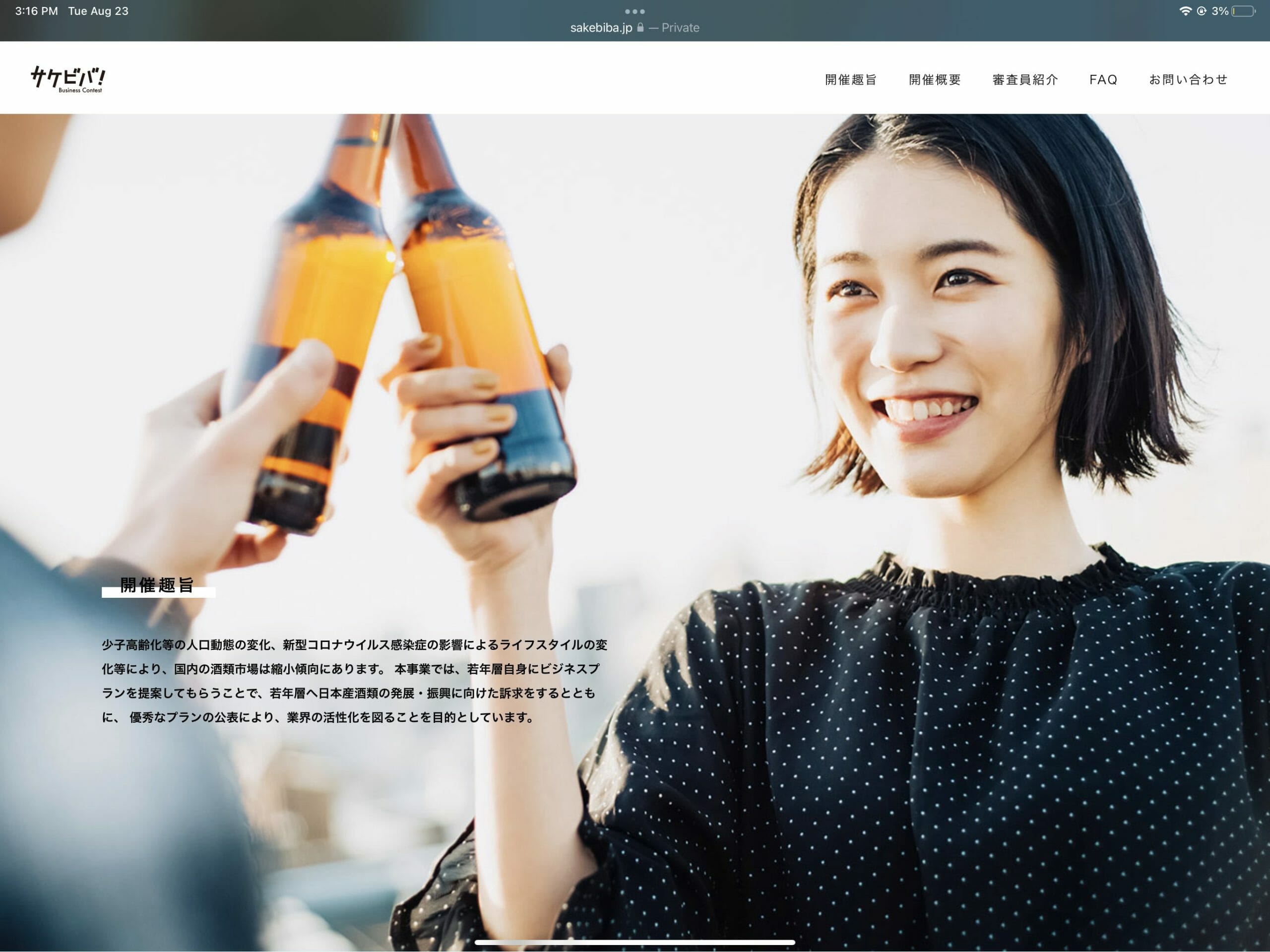 Whether it is Sake or Shochu, Asahi or Suntory, Japanese alcohol has long established its name among drinkers across the world. Its distinctive flavor and rich culture have been facilitating social occasions throughout history. The modern use of Sake as the new base in the cocktail has often brought unexpected delight.

In a recent bid to boost tax revenue, Japan’s National Tax Agency has launched a contest campaign called “Sake Viva!” to boost alcohol consumption among young people. With news spreading, people around the globe are joking about volunteering to help.

Despite being criticized by some as encouraging alcoholism, the Japanese Tax Authority believes that they are helping to revitalize the Japanese brewing industry through the campaign. The theme of the contest, according to the official Sake Viva website, is to “collect new service and promotion ideas targeting the needs of the younger generation”.

According to the BBC, statistics from the tax agency have shown personal alcohol consumption plunged from 22 gallons to 16 gallons from 1995 to 2020 in Japan. In the meantime, tax revenue on alcohol has gone down from 5% of the national revenue in 1980 to only 1.7% in 2020.

Like in the US, Japanese Millenials are more sober and withdrawn from social life than any of their previous generations. Restrictions put by the government on drinking in public spaces during the pandemic only encouraged this trend.

Japanese studies scholar Robert Campbell, on the other hand, tweeted his criticism on the 18th. “It gives a bad feeling”, he criticized, “it is better to focus on earning financial resources by extending healthy life expectancy, increasing labor productivity, and reducing medical expenses.”

Hiroyuki Nishimura, the founder and entrepreneur of Japan’s biggest online community 2ch, tweets “is the promoting of Sake sale the National Tax Agency’s job?” Economist Hidetomi Tanaka points out that it is both irresponsible and lacking common sense for the tax authority to launch a drinking campaign.

People out of Japan, on the other hand, show a more tolerated attitude towards the campaign. Some worry about the move’s potential impact on the country’s alarmingly low birth rate while others relish the prospect of positive outcomes from alcoholism.

Unwavered by outside comments, the Sake Viva Business Contest will be held according to schedule, open to individuals or a small group under 3 people, with no restrictions on the location of residency.

Desired entry piece must reflect new life modes and trends among young people after the pandemic, with ingenious integration of AI (Artificial Intelligence) or Metaverse and improving the brand value of alcoholic beverages using GI (Geographical Indication). Doesn’t sound like an easy task, does it?

Japanese Sake traditionally serves as a bond between deities and the mortal. It is present on all important occasions, religious and secular. It is the link to God, the living world, and other people. Whatever the final contest result is, let us hope the drink will once again help bond people in the post-pandemic dystopia.

In this article:Featured, Japan, life