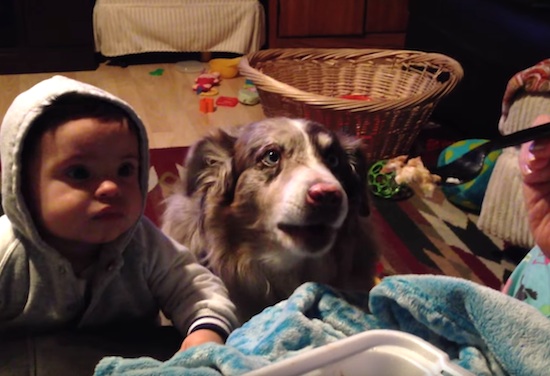 It seems this clever canine has had a breakthrough of consciousness and gained the ability of language. Dogs will literally do ANYTHING for food…

You heard right. This dog, after being tormented by its owner dangling a bit of food in front of him, has had enough. Sitting next to that inferior baby and being surrounded by morons is not the live this dog wants. He just wants food (I feel you, bro). 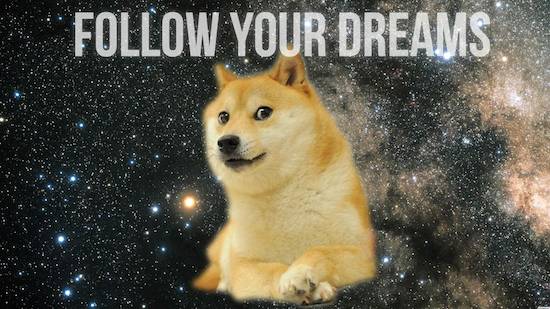 So while cleverly tuning in to his owner telling their baby to say ‘Mama’, he thinks: ‘Well shit, if this guy isn’t gonna do it, I may as well’. And he does. This dog literally says ‘Mama’. In a twisted turn of events, these evil owners don’t even give him the well-earned bit of food! This should be classed as animal cruelty.

In the video, we see the dog looking pleedfully at his owners. Then we get a cool, slo-mo effect of him saying ‘mama’. How could they resist giving him a treat? Look at his little face. Not only a good boy, but a clever one! That baby could learn a thing or two from this genius doggo.

Maybe dogs could speak this entire time…they just only do it when they reallyyyyyyy want that bit of food. Soon they’ll be taking over the world, stealing our jobs and we’ll be the ones begging for treats!

For more cool and funny videos, look HERE at this guy who gets super drunk live on CNN!