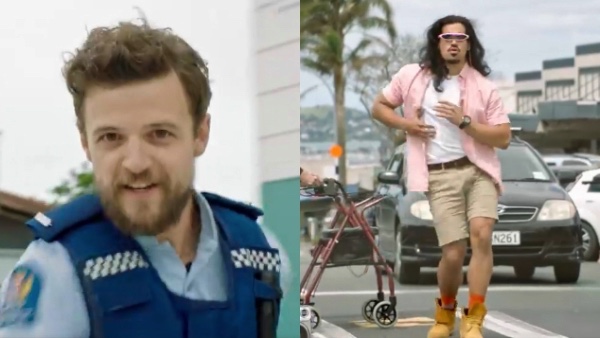 To make New Zealand the “Most safest country on earth”, the NZ police force released an Oscar-worthy ad that has gone viral.

In what way is it Oscar-worthy? Well, its not, but it is still the most entertaining recruitment video to date. Why?

Well, it features: Dogs, cats, hip-hop dancing, the Armed-offenders unit, which is the Kiwi version of a SWAT team, and bag-pipes.

Throughout the video, the audience is directly addressed by different members of the force who are different gendered, ethnicity and ages. Allowing the audience to actually feel involved rather than just focusing on a ‘niche’.(They do it in a better way as to most Hollywood films to date). You might be asking, why does this matter?

Well it matters because it features more inclusion, and what is the point in the police force trying to attract more applicants, if that does not include all of NZ’s majority?

We begin the video with an action packed sequence; they pull out all the stops with the Armed force, and a birds-eye view of an industrial work-site. You are prepared for more of a thriller with the bagpipes building up to a dramatic crescendo, only for the tension to ease when they are told to ‘pipe’ down.

The Ad then continues to display an unseen antagonist as many members of the force hunt down to find them. But it is not all just run and action, they make the idea of taking care of their “communities” very poignant when one member stops the chase in order to help an elderly man cross the road. This then turns into a slight dance montage and at this point just half a minute into the video, you are given the impression that anything could happen next.

We are then told that the career choice is not just impressive acrobatics, but you can choose from up to 30 different careers, such as: Underwater, youth work or police commissioner staff.

While proving that they are Funny as well as Brawn, the police force makes an advertisement that inspires careers as well as a few laughs.

I won’t spoil the whole video, so check it out below, and also do not forget to stay along for the hilarious bloopers at the end:

Also, do not forget to check out this other video of a New Zealand Freerider’s journey down a volcano.