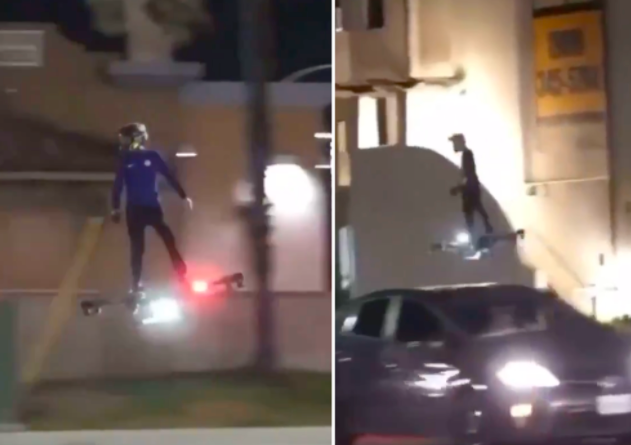 The man could be seen hovering a couple of feet of the air using the futuristic gadget.

It’s fair to say that most of us have seen the 1985 blockbuster Back To The Future. Although we were all in awe of the flying Delorean and the TV video calls (I think Zoom meetings has kinda ruined that for us), there was one thing we all wanted; the hoverboard.

And now it seems that the dream has really come true after a guy was spotted zooming around on one last Saturday (April 24).

The video, which was posted by Twitter user @RexChapman, has amassed over 1.7 million views.

And many couldn’t contain their excitement at the futuristic gadget.

One person said, ‘Back to the future came true,’ adding a clip from the original film:

But others weren’t as impressed, and instead pointed out the dangers of flying through the air, saying: ‘This should end well.’

The original tweet noted that the hoverboard would set you back a hefty $20,000, and included a link to the company who created it.

Omnihoverboards, a Canadian company, makes propeller based hoverboards. One of it’s prototypes broke the Guinness World Record as it travelled 275.9m.

Guinness called it “truly a mesmerizing and incredible feat in the world of engineering and transportation”.

However, some people found the price tag a little extortionate: ‘Hospital bill: More than $20k.’ But others didn’t seem deterred, sparking one Twitter user to joke: ‘Epitaph on my urn: Worth every damn penny!’

The hoverboard isn’t the only Back To The Future gadget that’s actually become reality – check out these Nike trainers that don’t require you to manually lace them up!