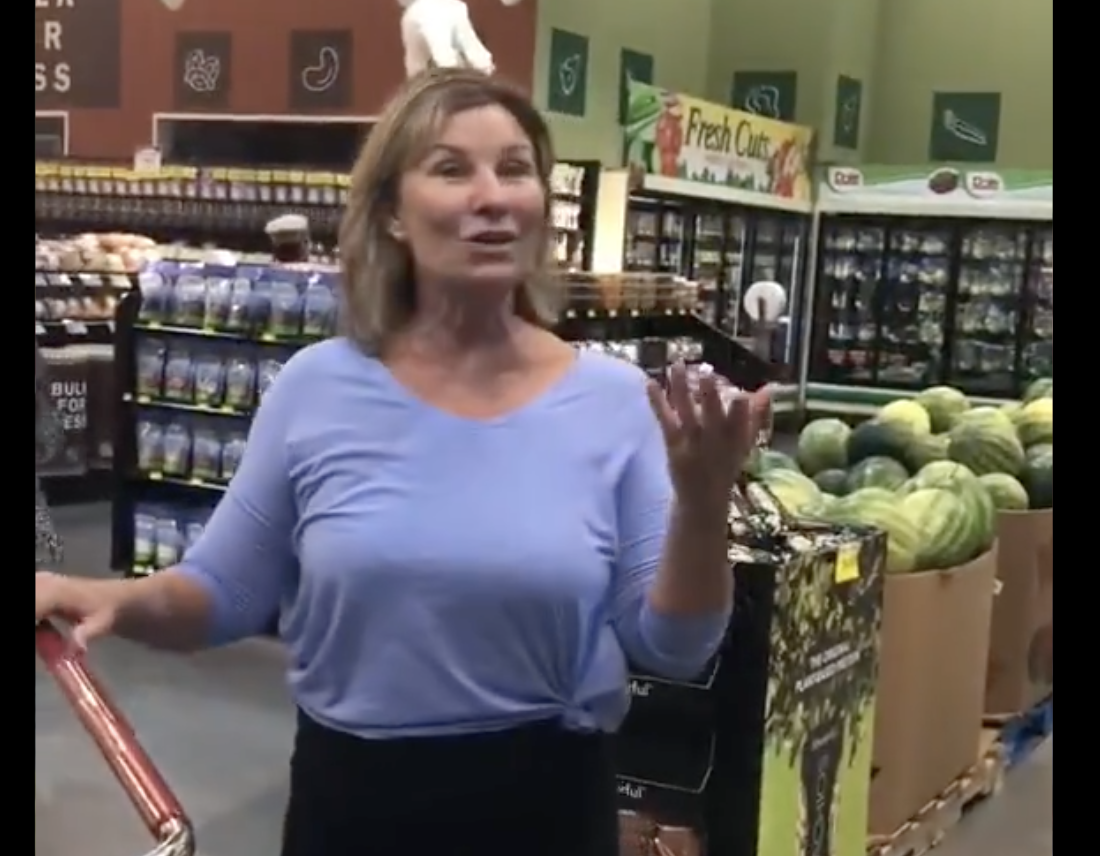 An anti-mask ‘Karen’ was caught on video coughing at people at a Super Saver grocery store in Lincoln, Nebraska.

This middle-aged woman seen in the embedded tweet below was later identified as 55-year old Scottsdale, Arizona woman Janene Hoskovec.

Hoskovec went viral after a video of the incident was shared on Twitter, TikTok, and other social media platforms. Many users called on ‘Twitter’ to identify this ‘Karen.’ Within hours, Twitter users had leaked Hoskovec’s identity and called on her employer, SAP, to terminate her.

In a statement released after the ‘coughing Karen incident,’ SAP said it was “investigating the issue.” However, later that same day, 8 Sept., SAP confirmed that they “reviewed the incident and can confirm the individual in question no longer works for SAP.”

Well-known Tiktok content creator That-DaneshGuy, known for unearthing the identities of people in viral videos that spark controversy, worked alongside Guilt, another Tiktokker, to identify Hoskovec on 8 Sept.

Following the viral outcry against Hoskovec and her public termination, Danesh monitored her social media–specifically her LinkedIn. He found that she changed the spelling of her first named, Janene, to Janine and removed her profile picture.

Hoskovec also modified her LinkedIn profile to state that she is “thinking about becoming an attorney who prosecutes people making online threats.”

“I now know how our men in blue feel when they are wrongly convicted by the social media mob and antifa,” Hoskovec’s new About section states. “[S]pecial thanks to those who called me a hero. OUr shared faith and vision of a brighter future will heal our world.”

On 3 Sept., the first video of the incident appeared on Reddit where one of the victims coughed on told her version of the story. Later, the video found its way to popular Twitter accounts such as Fifty Shades of Whey (the tweet embedded above) and to viral Tiktok accounts such as That-DaneshGuy.

The victim explained that Hoskovec initially approached her and her daughter and asked why the two were wearing their masks. Hoskovec lamented that many in Nebraska, her home state, had turned into “sheep.”

After telling the victim and her daughter that they didn’t need the vaccine because they both appeared young and healthy, and then the events of the video conspired in which Hoskovec coughed on this mother and her daughter.

SAP released their first statement on the evening of Sept. 7, claiming “The health and safety of our employees and the communities in which we live and work are of utmost concern to us. We are taking the matter of an SAP employee incident very seriously and investigating the situation.”

Now, Hoskovec finds herself one in a long line of so-called ‘Karens’ to fall prey to her conduct in public going viral. The descriptor ‘Karen,’ as described by Henry Goldblatt in the New York Times, depicts “a middle-aged busybody with a blond choppy bob who asks to speak to the manager. Now, the moniker has most recently morphed into a symbol of racism and white privilege.”

And now, it seems, the psuedonym has trascended into the realm of carelessness in the midst of a pandemic. Perhaps even willingness to assault another human, with the threat of disease, by coughing on them.