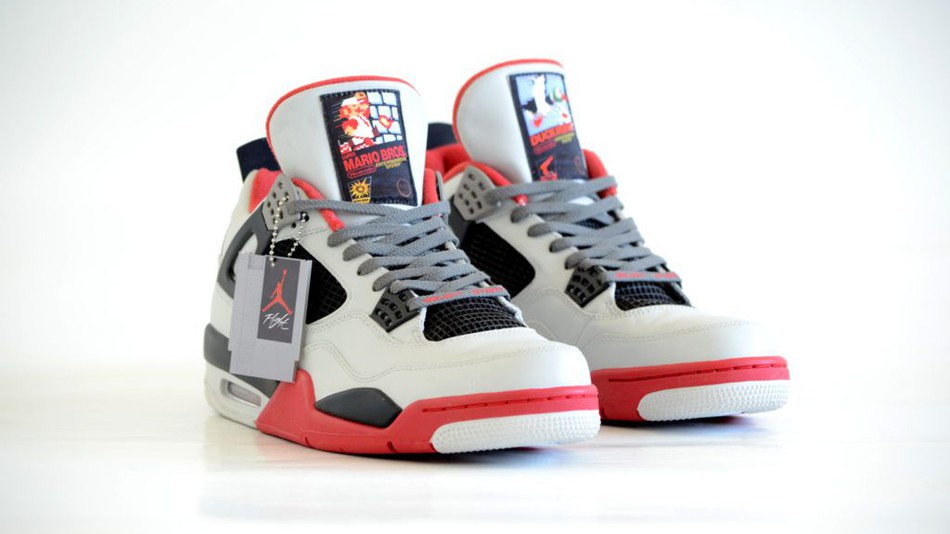 If you’re a millennial, chances are you’re a sucker for the late-80’s/early-90’s aesthetic. Nickelodeon, plaid shirts, and anything Nintendo all have their own special place in your heart. Well what if I told you there was a new unconventional way to express your love of those lost decades?

The shoe brand, Freaker Sneaks, has just announced their most recent line of trendy footwear: Air Jordans based on 80’s/90’s Nintendo games. Are they cheap? (What do you think?) The Jordan “NES” IVs, as they’re being called, cost £1,256.12 ($1,250). In other words, nostalgia comes with a price.

How far was Freaker Sneaks willing to go for this line? The shoes are made to look like classic Nintendo Entertainment System controllers, which include clickable buttons. Most of them feature images of classic games — like Duck Hunt, or the more popular Mario Bros. — on the tongue.

There are only ten pairs available online, but if you can’t afford them, or order them fast enough, there will be a line of Super-Nintendo-inspired trainers coming out as well.

Aside from their success in the shoe industry, Nintendo has been bringing us back to the 80’s in more ways than one recently: check out the return of the original NES!

In this article:Featured, stuff