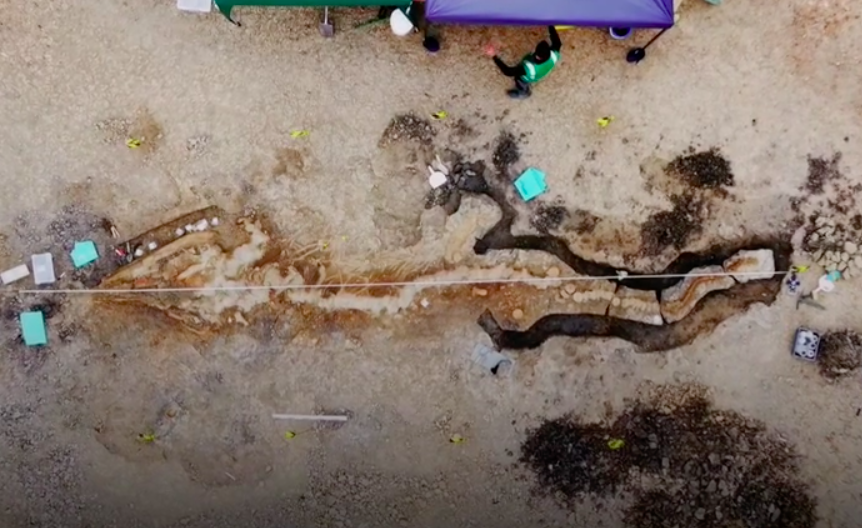 A man working for Leicestershire and Rutland Wildlife Trust stumbled across a massive palaeontological discovery recently. The largest-ever fossil of the so-called ‘Sea Dragon,’ an ichthyosaur, was found in a reservoir in the midlands.

Joe Davis and Paul Trevor were part of one of Rutland Water’s routine lagoon island draining in February of this year. What they weren’t expecting to find was the skeleton of a Jurassic dinosaur.

How did Davis and Trevor make the discovery?

The draining led Davis to notice something different in the floor of the lagoon. In an interview with BBC News, he said this of the moment he found the ichthyosaur:

‘I looked down at what seemed like stones or ridges in the mud and I said this looks a bit organic, a bit different. Then we saw something that looked almost like a jawbone.’

This discovery has been such a big deal because it’s both the largest ichthyosaur and the first complete skeleton ever found.

Dr Lomax, a paleontologist familiar with the ichthyosaur said: ‘Despite the many ichthyosaur fossils found in Britain, it is remarkable to think that the Rutland ichthyosaur is the largest skeleton ever found in the UK.’

Rutland Water excavated the fossil in August and September of this year. When Rutland Water was initially constructed in the 1970s, two smaller ichthyosaur fossils were found. But this year’s fossil is a much bigger discovery.

The discovery has been lauded as one of the ‘greatest finds’ in British history of paleontology.

What is an ichthyosaur?

An ichthyosaur is a reptilian marine dinosaur from the Jurassic period. They were first discovered by Mary Anning, a paleontologist from the early 19th century.

They look a little like dolphins in their body shape, according to experts.

Ichthyosaurs have garnered the title ‘Sea Dragon’ due to their large teeth and eyes.

The ichthyosaur is around 180 million years old. Its skeleton is around 10 metres in length, and its skull weighs approximately one tonne.

What happens to the ichthyosaur now?

Though the fossil has been dug out of the bed of Rutland Water’s lagoon, Anglian Water (managers of the Rutland reservoir) are hoping the fossil can be kept for locals and visitors to look at. They are currently seeking funding to keep the ichthyosaur in the area.

A program, Digging For Britain, featuring the discovery is airing on BBC Two on the 11th of January at 8pm.

For more unexpected discoveries, check out this story on the mystery of unexplained decomposing human feet found on beaches across the US and Canada.

In this article:dinosaur, discovery, science 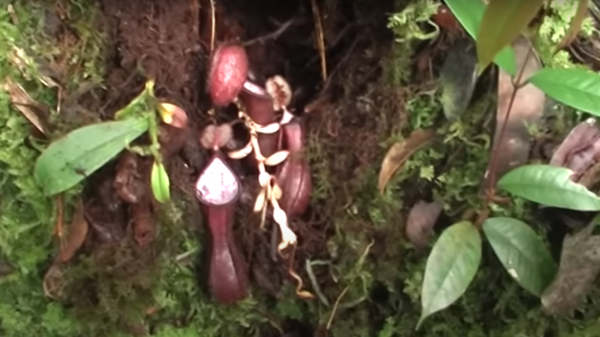 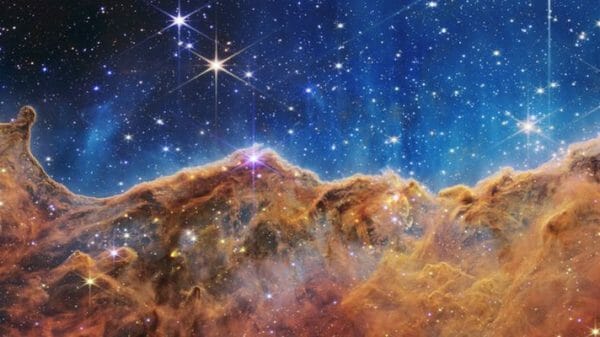 NASA Releases Images of Space Like You Have Never Seen Before

The clearest we have ever seen our cosmos so far... 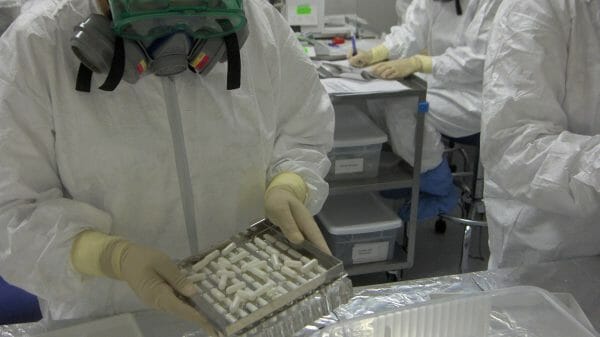 One small step for Cancer research. 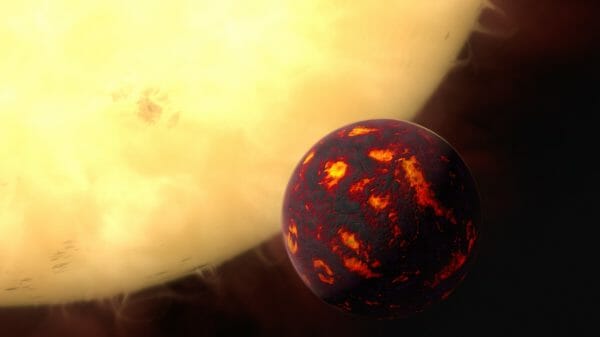 An umbrella might not be enough on 55 Cancri e. 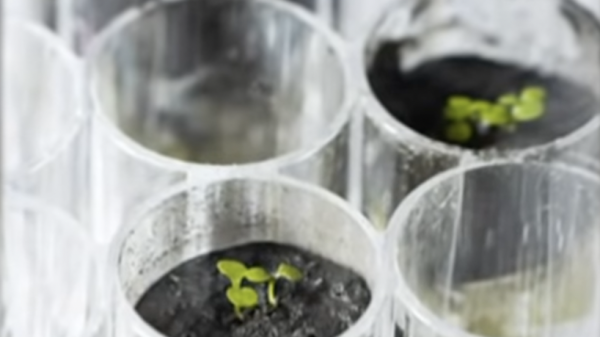 Is it time to move to the moon?