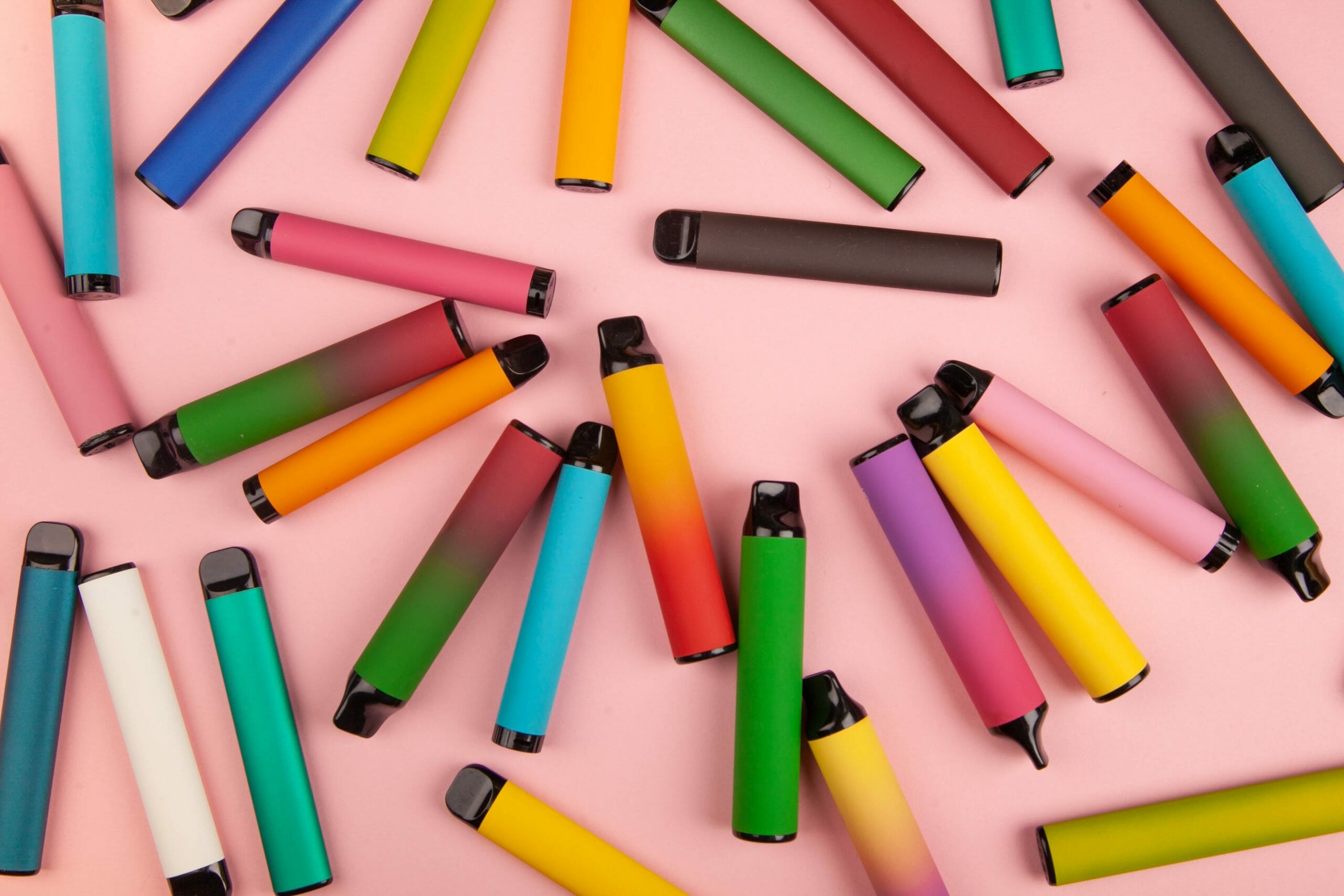 Smoking has been an activity defined by young people. The cigarette has always been a symbol of youth in revolt, the rebellious and delinquent. James Deen smoked, Marlon Brando smoked; the advertising of the 1960s and 1970s highlighted the inherent sex appeal of tobacco consumption. However, the Malboro fog has cleared from the days of indoor smoking and bright sexy packaging. Pushback from the international medical community, as well as governmental bodies, has ensured that it is both harder to get your hands on a pack of smokes and that people are significantly better informed about the dangers of smoking. As such smoking has been on the decline, the ONS reported that smoking among 16-year-olds decreased from 15.8% to 14.5 between 2019-2020. But what will young people do without their symbol of defiance; enter the Elf Bar.

You might have seen one of these brightly coloured neon sticks littering the backs of busses or by lampposts. You may have even used one yourself. They come in a variety of colours and a variety of flavours to match – apple peach, peach ice, cream tobacco, cherry cola, mad blue, mango, mango milk ice… the list goes on. Essentially they’re E-cigarettes and they’re certainly not the first E-cigarette company to hit the scene. Of course, there were the heavy hitters like Juul and Smok; the shisha pens every 16-year-old had back in 2015 and more advanced vapes which you could swap out its ‘coil’ and ‘sub-ohm tank’ like swapping out parts of a car.

Elf Bars are different though, they’re special. For one, they don’t come with the fuss of having to recharge, re-fill or acquire any supplementary attachments yourself like the flavour pods you needed in order to use a Juul. Elf Bars make it simple: select your bar and puff puff puff away, up to 600 times in fact. No coils no pods no whatsamawhosits. Secondly, and rather more superficially, Elf Bars (and their closely related cousin the Geek Bar), are bright and colourful. They have bold identities that you can spend minutes discussing with your pals, your chums, your mates about what colours and flavours define you, and what kind of Elf Bar you are.

It is no wonder, therefore, why Gen-Zs have been obsessed with these trendy new cigarette alternatives. It’s also no surprise of their popularity on Tik-Tok with the #elfbar hashtag on TikTok, which already has 666 million views (spooky) and counting, and is full of videos of students disrupting class. They hardly cost a fiver and if you don’t like your flavour you can just chuck it in the nearest bin or the floor or pretty much anywhere your heart desires and buy yourself a new one. Vaping as a lifestyle/social habit has very much supplanted vaping as a tool to ween people off of cigarettes. Recent figures from the UK charity Action on Smoking and Health (ASH) found that 11.2% of 11- to 17-year-olds in the UK tried vaping in 2021. So here we are 2022’s multi-flavoured symbol of youth. But there’s a catch, finishing a whole bar is an equivalent of Smoking up to 50 cigarettes and it’s terrible for the environment.

Their prevalence among youth can be attributed to the confusion surounding the legal right to purchase them. It is very easy for an under 18 to get their hands on an Elf Bar when compared with booze or regular cigarettes as there seems to be confusion and ambiguity around vapes – many shops think the legal age is 16. Furthermore, they can easily be purchased online from online retailers or sights like eBay.

However, these disposable E-cigarettes still contain nicotine, the addictive substance found in cigarettes. Moreover, according to the consumer advocacy group Drug Watch, the common side effects of vaping are a burning or scratchy feeling in the mouth, lips and throat, heart palpitations, dizziness, shortness of breath and headaches.

Also, note the disposable part of ‘disposable cigarette’. Disposing of these vape pens is an almost thoughtless act, however, Bureau of Investigative Journalism along with Sky News and the Daily Telegraph has revealed the staggering environmental impact of cheap, disposable vapes that have flooded the market in the UK. They are largely made from cheap single-use plastics and though their packaging gives directions of how to recycle them, it is often a laborious and complicated process that if done incorrectly can and has seen 10 tonnes of lithium being sent to landfill or waste incinerators each year.

It is certainly a positive that fewer children smoke, however, we need to still be aware and cautious of the health and environmental implications of any new product.

In this article:Elf Bars, life