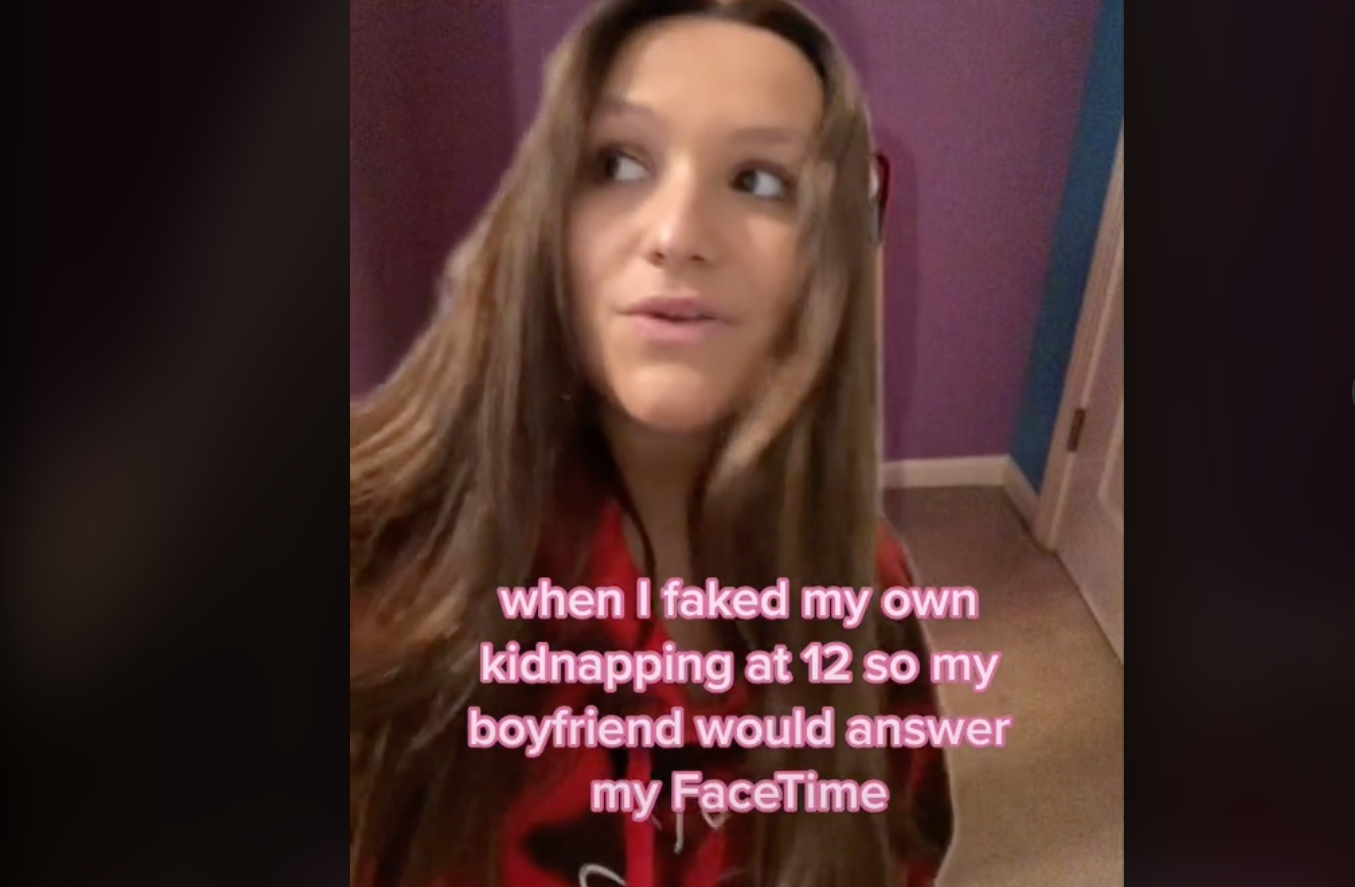 From time to time, we’ve all been prone to doing crazy things for love, romantic comedies have taught us that if you blast a song from a boombox at somebody’s window long enough they’ll fall in long enough they WILL fall in love with you. And we all know how successful you can be at winning someone back if you make your empassioned speech in the pouring rain or just before they’re about to get on the plane.

But these romantic gestures are pretty textbook, nobody’s harmed, nobody’s suffering emotional trauma, nobody’s doing two-ten for it. Happy endings all round. But sometimes, just sometimes, love can make us do some really crazy things.

Meet Chiara Kellog (@Chiarakellogg), a TikTok user that has recently racked up nearly 10 million views this past week when she revealed the crazy and hilarious lengths she’d go for love.

The video, captioned ‘humbling’, shares the time “When [she] faked [her] own kidnapping at age 12 so [her] boyfriend would answer [her] FaceTime.”

Now in her defense, she was aged 12 at the time, and we are sure this didn’t become a criminal matter, so we can let her off the hook a little.

At the end of the video Chiara reveales a photo of her 12-year-old self tied to a chair using a handbag strap and headband – professional kidnapping if ever i did see it!

The clip quickly went viral with a torrent of over 20,000 comments expressing how hilarious they found situation.

One commentor compared the moment to “an episode from icarly,” while another declaring her to be “f***ing icon.”

Others were quick to point out the absurdity of the kidnapping “Purple walls ? should’ve went to the basement or garage lol”.

Chiara soon posted a folow up clip to give closer to many asking if he ever responded:

Well it’s safe to say I’d be scarred for life.