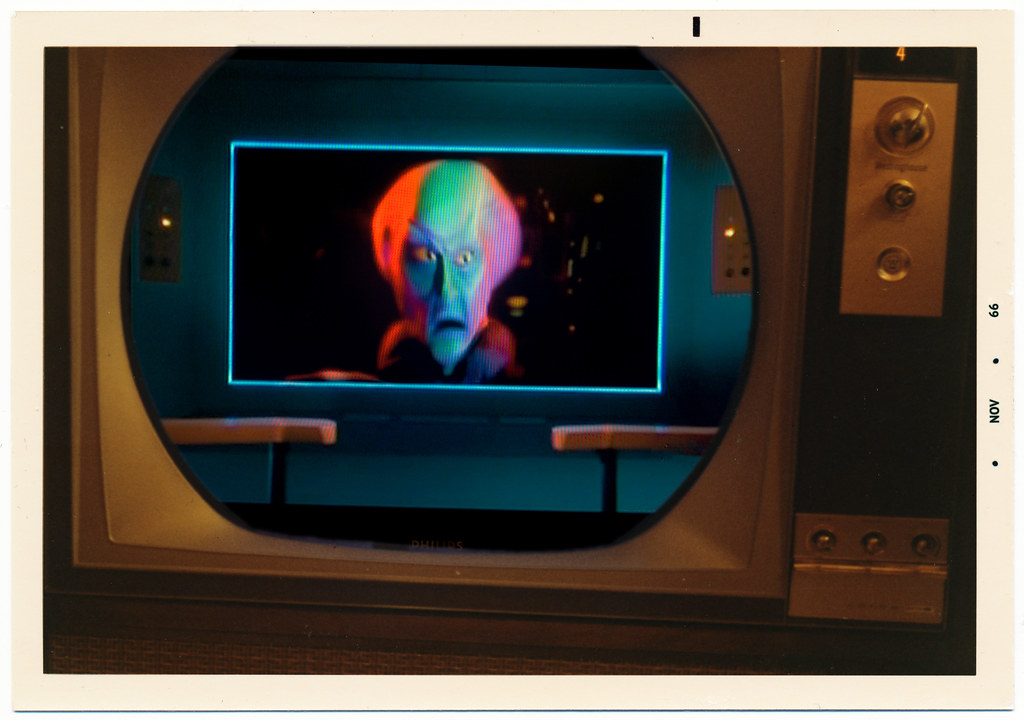 Are you willing to give up your job, your house, your family, for a chance to win £100,000 in just one year? Then this show might be the one for you!

In 2002, British reality television still had not taken off as it is well known to impress large audiences nowadays. However, it had already broken some impressive barriers with Big Brother taking the screen, and amassing a massive following for contestants who were not necessarily talented but could still be successful. Therefore, experimentation for reality tv was definitley in the air and people were keen to have a taste of this success.

Notices and ads started floating around the internet and newspapers, and public notice boards, talking about a chance at fame and £100,000 for a potentially “characterful, resourceful,” and “energetic” contestant. This was it: Project MS-2 was going to be the new show where contestant competed for this specific wad of cash.

Project MS-2 was produced by Nik Russian, who was a 25 year old Goldsmiths English graduate. This charismatic producer  apparently left a strong impression, as the Guardian described him as a “beautiful, raddled youth in ridiculous Byronic fancy dress.”

The interested contestants were told that the show would be comprised of them completing multiple tasks around the world for the duration of a full year, and “be supported as they did so” – even though the details of what these tasks were remained secret.

Thirty contestants would be chosen and divided into three groups of ten, and a hybrid contestant/cameraman would be part of each team to shoot the behind-the-scenes content.

When auditions came round, interested contestants were asked to quit their jobs, leave their homes, and essentially remove all ties to their current lives for the duration of the show.

The auditions took place in Raven’s Ait, an island in the Thames near Hampton Court. A contestant said, “There were drinks and canapés and all sorts of things…It all looked the works: lights, cameras, and people having a good time. You just got pulled into the whole thing.” The auditioning individuals had to fill out questionnaires, and various tasks and exercises which were transcribed by assistants and psychological assessors.

The contracts provided, to be signed in London but incorporating world-wide travel, said that leisure money, accomodation, food, travel, and support would be provided. The show was also supposed to air on Channel 4.

Other than that, however, not much else was said.

Two chosen contestants, Daniel Pope (24 at the time) and Louise Miles (21 at the time) reveal that actually not everything was as it seemed.

The show hadn’t been commissioned and there was no financial backing for it. On top of that, Russian was not even a producer.

But, many contestants were already leaving their jobs, moving out of their homes, saying goodbye to their pets, enjoying their last meal for a while with their grandma… in preparation for a year of adventure? What adventure?

On June 10, 2002 is when it began. The three finalized groups were to meet in 3 different locations across London to begin this adventure. Pope went to a park in New Cross, where the first task was to search for more contestants – as the ten-person teams were all short of some soon-to-be-reality stars! (Red flag number one.)

The presentor for this show was Lucy, chosen by Russian as an “up and coming” presenter. She quickly broke down the rules to the excited contestants:  each group of ten was to make £1 million themselves – £100,000 per contestant – rather than winning that amount at the end of the year. They could do that however they wished, but they were fending for themselves – there would be no support provided, contrary to the contract’s stipulations.

The doom of the realization these contestants were now literally homeless, with a virtually impossible chance at winning £100,000 in a year dawned on them.

Slowly, people began to panic. The show’s director pulled out. Russian tried to fill him in with a cameraman/contestant hybrid who had no experience. Miles tried to reach out to Russian who did not let her drop out, and just told her to not give up and to put her mind to it!

The contestants faced up to Nik Russian and the truth came out:

The sales teams and pilots he talked about were all fake.

The hotline contestants could ring for support was actually Russian’s mum.

The contract claimed all funds earned would go to NRP, which it’s been revealed, meant Nik Russian Productions.

Two months after the ordeal, a Channel 4 documentary crew actually managed to find Russian residing in a Richmond address. They invited Pope to confront him about the chaos he stirred, leaving many people ashamed for having given up on so much of their lives for a complete lie that he manufactured.

Pope says, “I was hoping for a bit of closure, to be honest with you, but Nik was not repentant,” he says. “I remember thinking, ‘Nik has not really learnt from this – if he gets another chance, he’s gonna try this again.’”

Russian also declined to be personally interviewed for the documentary, and it is uncertain what he has been up to in his life since.

The former contestants of his con-show slowly pieced together their lives, and getting over the shame and/or trauma it caused.

Miles says, “I still think genuinely, to this day, he believed in what he was doing. He just didn’t get the breaks. Obviously, the format of the show didn’t make much sense. That’s where we fell down, but I think he still believed this was possible.”

Reality Television really has come far since 2002, and maybe he had a vision but no way to properly physicalize it. But ultimately, the moral is: read through your legal contracts before you sign them.

Are you into more wacky reality tv stories? Check out the promises of this reality show, whose winning contestant will go to outer space!