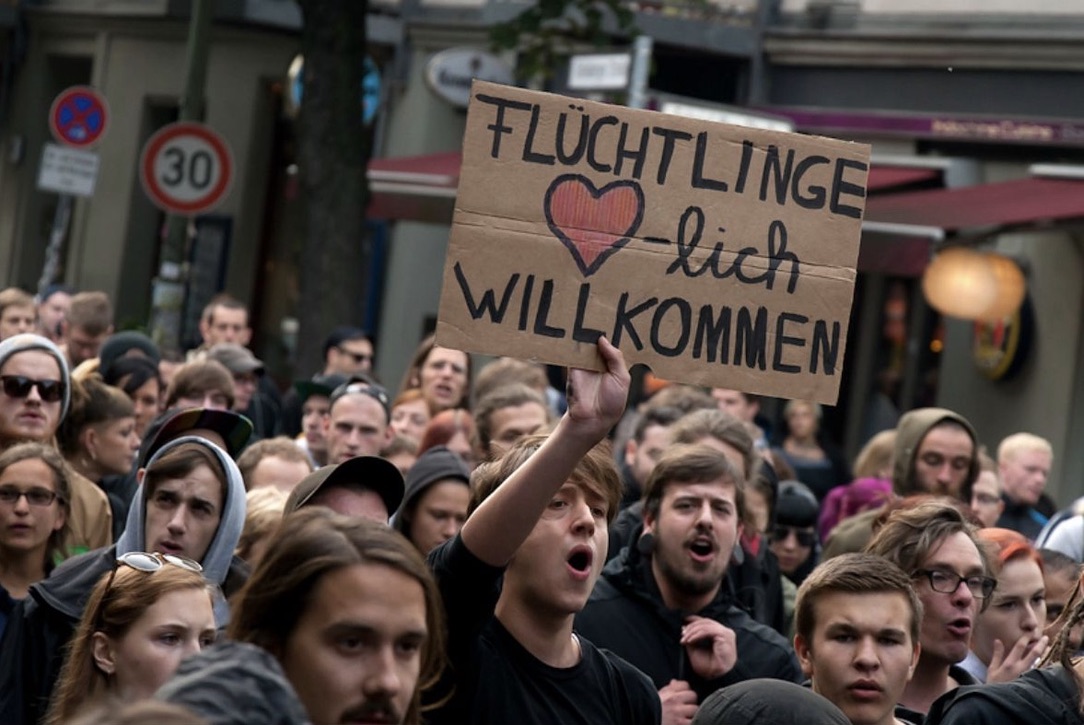 In the weeks since Russian President Vladimir Putin declared war on Ukraine, life in the country has gotten progressively dangerous.

Sirens and destruction have become commonplace inside the country, while refugees living in and around Kyvib have been suffering food shortages. More than 3.1 million Ukrainian citizens have fled to neighboring countries, while those left behind have found shelter inside subway stations.

Meanwhile, Black and brown people in Ukraine have encountered additional challenges. Many BIPOC have been turned back from borders due to racism and discrimination. Likewise, queer and transgender people have been left stranded, due to transphobic and other discriminatory practices.

According to The Cut, over a thousand Ukrainian military and at least 816 civilians have died in the war, including children. And the war, which in large part has to do with Putin’s colonial desire to restore the Soviet empire, has sparked condemnations from world leaders accusing Putin of war crimes.

Experts suspect Putin won’t stop until he appoints a new Ukrainian leader who is obedient to Russia. Meanwhile, people around the world are left wondering how they can help Ukraine.

Here are a few ways one can help Ukraine during these dire circumstances.

Most big-name organizations like the Médecins sans Frontières and UNICEF are already on the frontlines or helping Ukrainians in neighboring countries. Many are requesting money instead of supplies or offerings in-kind; however, any donations are gladly accepted. Here are a few organizations accepting donations:

Sunflower of Peace: Sunflower of Peace is a Boston-based nonprofit organization dedicated to empowering Ukrainian orphans, internally displaced individuals, and most recently those affected by the COVID-19 pandemic and Russia’s invasion of Ukraine. The organization’s latest fundraiser aims to provide backpacks filled with medical supplies to physicians and other medical professionals located on the frontlines.

Razom for Ukraine: “Razom,” which means “together” in Ukrainian, is a charity organization founded in 2014 after Russia invaded and annexed Crimea. As an organization, Razom builds to empower Ukrainians and preserve Ukraine’s democracy. Following Russia’s recent attacks, Razom has responded by supplying urgent medical supplies and boosting Ukrainian voices.

Heart to Heart International: This international humanitarian group is sending $20 million in medical supplies and hygiene kits to Ukrainian refugees in Warsaw, Poland.

MedShare: This humanitarian aid organization donates surplus medical supplies and equipment to global communities in need of disaster relief. You can donate to its Ukraine fund here.

Global Empowerment Mission: Founded in 2011, Global Empowerment Mission is a nonprofit organization that acts as a first responder to global disasters. In collaboration with BStrong, GEM operates a welcome center on the Poland-Ukraine border. With its funds, the organization aids refugees looking for housing in Poland as well as in other countries.

Team Rubicon: Team Rubicon is an organization that specializes in disaster response. Following Russia’s invasion, the organization has sent a team of physicians to Poland to help refugees, including children, women, disabled people, and LGBTQIA+ individuals.

CORE: Community Organized Relief Effort is an organization that offers immediate help and recovery to underserved communities. Donations to its Ukrainian relief effort will go toward cash disbursements, hygiene supplies, and COVID-19 tests for refugees in Poland.

Humanity & Inclusion: This international organization helps persons and refugees fleeing crisis zones, particularly those with physical impairments and disabilities, including the elderly. Its Ukraine fund focuses on delivering essential supplies to refugees fleeing the country.

The Coalition to Support Black People in Ukraine: This fundraiser serves Black individuals who are subject to racism and are being turned back as they attempt to flee Ukraine. Funds will be used to connect Black refugees with their relatives and pay for their relocation fees, as well as food and other supplies.

Fundacja Ocalenie: Fundacja Ocalenie, or Rescue foundation, is an organization focused on helping refugees, immigrants and repatriates build a new life in Poland. Following reports that African and Indian students were being discriminated against from Poland’s borders, the organization has stepped in to support.

OutRight International: Since 1990, OutRight Action International has worked alongside LGBTIQ activists and organizations to advance solutions and address human rights violations against the LGBTIQ community. You can donate to its Ukrainian fund here.

QUA: QUA-LGBTQ is an organization that connects LGBTQ+ Ukrainians with fellow queer and non-queer allies in the United States. Donations will be directed to aiding the Ukrainian LGBTQ community in war regions.

Other ways to help

Those who are unable to make a donation can still help Ukrainians by supporting international measures trying to deescalate the situation, such as penalties directed against Russia.

Russia’s propaganda machine largely relies on spreading misinformation; spreading accurate reports and supporting journalists and other reliable news organizations such as Meduza (Russia) or The Kyiv Independent (Ukraine) can leave a large impact during the war effort.

Participating in marches and hosting protests outside Russian consulates and embassies may also be used to demonstrate opposition to the invasion.

Finally, one can offer to host Ukrainian refugees or provide them with basic supplies. Airbnb’s charity arm offers a program that allows individuals to help refugees with temporary lodging.