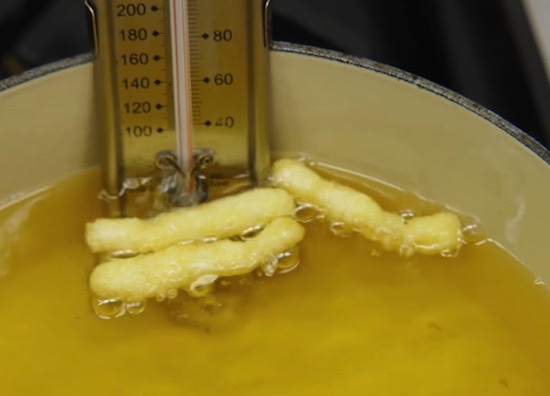 A chef decided to make gourmet Cheetos. Because why not, right?

Ahh, Cheetos. Nothing can take away from that delicious cheesy crunch. Not even the association with fedora-wearers.

But this time, Cheetos have gotten a bit of an upgrade. Turns out chef Claire Saffitz wanted to make gourmet Cheetos. That’s one way to make your Cheeto-encrusted keyboard have a fancy feel to it.

In the video below you can watch as the chef attempts to re-make the snack. Kudos to her, she does her research.

It’s only through watching this that I realize just how many ingredients go into making these things. And it’s like, a lot. Some of them are probably slowly giving you cancer but eh, it tastes nice so who cares.

I must admit, the process is kind of fascinating to watch. Turns out, a lot of trial and error is involved. She created quite a few sad, thin little things to begin with. But don’t worry, she managed to fix it up.

But that presented a new problem. According to her lucky test subjects, the final result was too ‘classy’. To be fair, I get that criticism. Cheetos are trash, but they’re my trash.

Even so, I have to admit I’d like to try a gourmet version. The only bad part of watching that video is now I feel hungry.

For all the foodies out there, here’s some more tasty stuff for you.