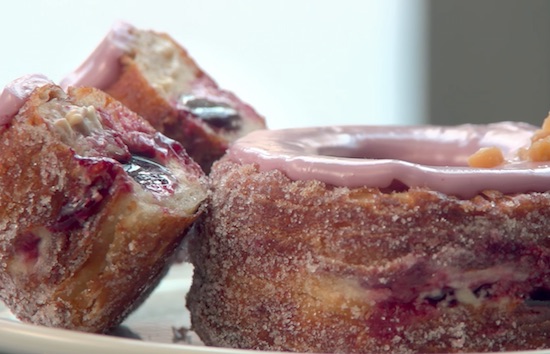 The creator of the Cronut gives us a fascinating peak into his creative workspace.

Dominique Ansel is an award-winning pastry chef and was voted the World’s best in 2017.

He has many famous creations formed through food-experiements, but his most recognisable is the Cronut.

For those of you who don’t know, a Cronut is a croissant-doughnut pastry. Trust me, it’s pretty damn delicious…. * cue mouth-watering!*

In fact, the it tastes so good that when it launched 4 years ago, queues started forming at the store at 5am! A bouncer was also hired to control the crowds and some Cronuts went for a whopping $40!

The huge success of Ansel’s pastries have spread across the world. With two stores in New York, and one each in London and Tokyo, you could say that the chef is making his stamp on baking-history.

In this Raw Craft episode, Anthony Bourdain takes a trip to visit the Ansel and uncover the secrets of his kitchen.

Despite his new-found fame, Ansel stays close to his roots and I’ll you with his little piece of advice: