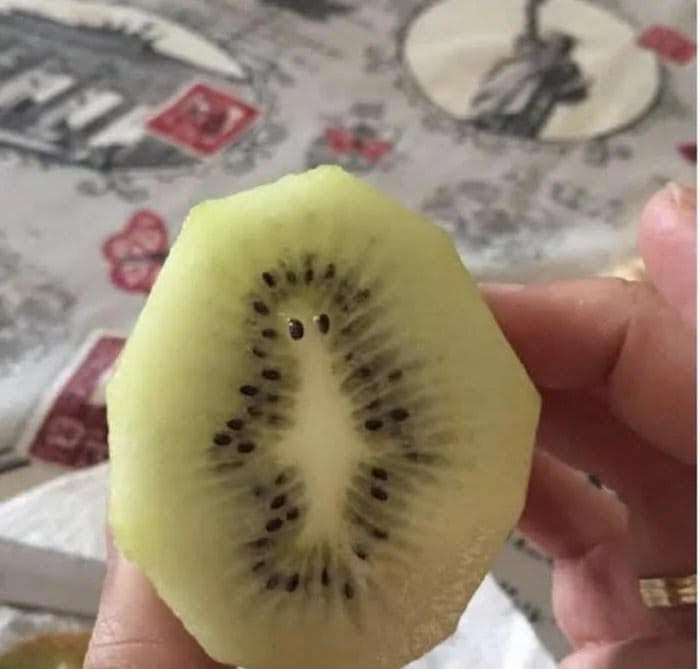 Sometime last year, the government released once classified UFO footage, now, more recently, an alien has been spotted… sort of.

After shaving away the skin and halving their kiwi fruit, this person has spotted a pattern resembling the radioactive glowing Mr.Burns Homer mistook for an extraterrestrial being in season 8 episode 10.

This comes soon after geologists unearthed a rock that looked exactly like the cookie monster of sesame Street.

The Kiwi Burns, while a great find was presumably eaten soon after the picture was taken. The rock, however, is estimated to garner the current holder near 100 thousand dollars. Just for the resemblance. In an interview, the finder stated that they had already received around five offers each offering no less than 10,000 dollars.

Surely as time goes on only more and more people will come forward each offering high and higher sums until one walks away with the rock and the finder walks away with a much nicer bank account.

In other fruity news, check out this article discussing the unusual place this wine was made, by Lucy Atkinson.