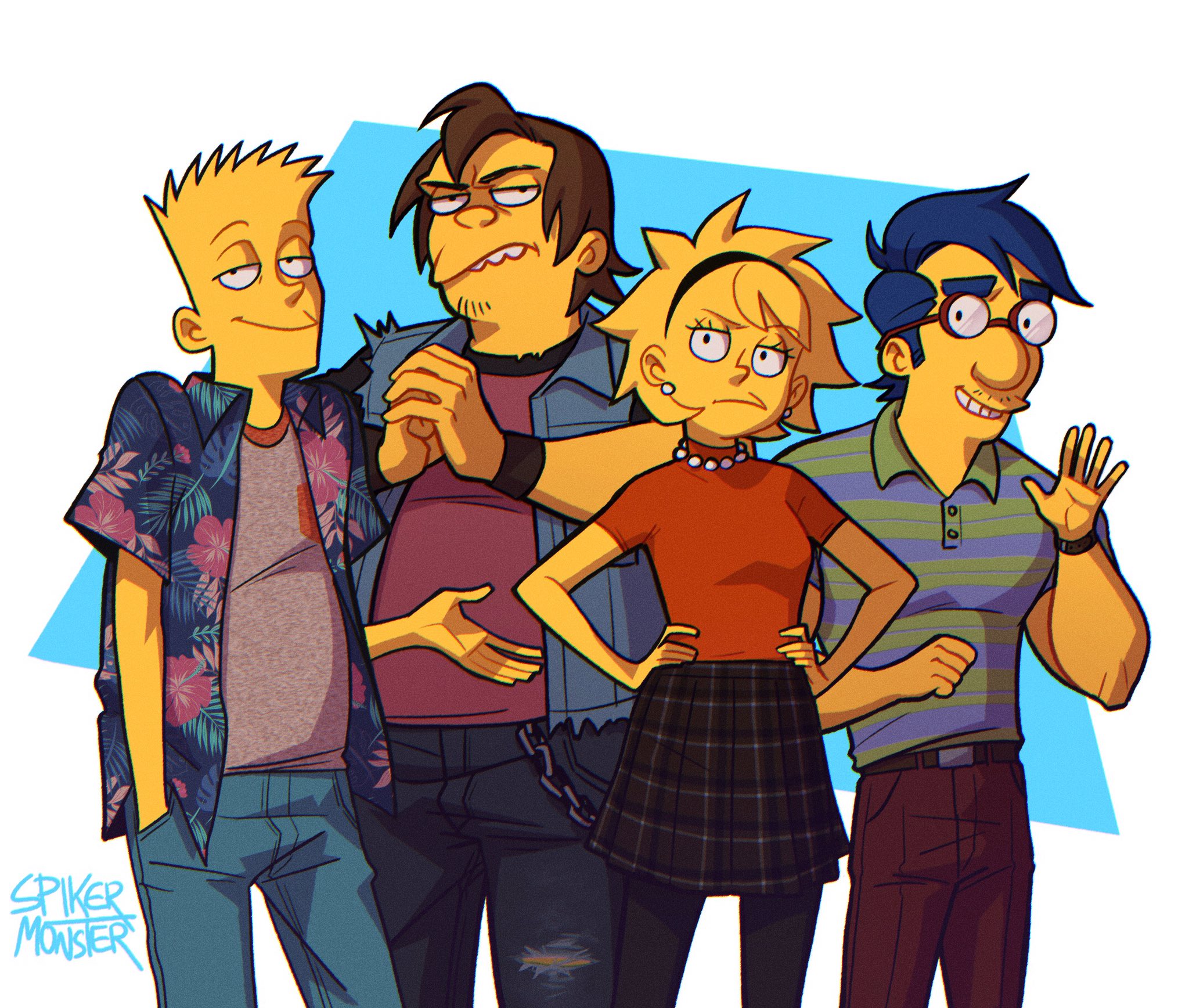 The Simpsons: iconic and seemingly undying. Despite arguably declining every season, the fanbase of the animated show is currently flourishing by producing its own Simpsons content online.

The Simpsons has been on the air since 1989, and 32 years later, has just dropped its 33rd season. The show is known to have abandoned the typical confines of a canon storyline as it ditches aging the characters each season in favor of bringing the time setting forward. This has arguably helped the show remain culturally relevant as it’s known for its social commentary and pop-culture references, but it’s also hindered its reputation by abandoning cohesive backstories and indulging in over-the-top storylines – losing relatability for a lot of viewers.

Despite this, fans of The Simpsons, particularly of the ‘Golden Age’ (debatable, but usually considered seasons 1-9 or 3-8), are active as ever, whether it’s posting memes on Twitter, choosing the show as their topic on Mastermind, creating Facebook groups (I’m a big fan of “Ireland Simpsons Fans” on Facebook) or even more impressively, creating their own web-comics based on the characters from the show.

One that I’ve come across, thanks to Polygon, is called Springfight! and appears very reminiscent of tournament arcs commonly found in shōnen manga.

According to creator Joe Chouinard, he was particularly influenced by the “Dark Tournament Arc” of Yoshihiro Togashi’s classic, Yu Yu Hakusho, explaining that he felt the commingling of martial arts and emotional growth is something that is not prevalent in western cartoons. Thus was born Springfight!

Chouinard went on to further explain how The Simpsons, particularly the early seasons, shaped his own sense of humor and has inspired his own style of storytelling. Furthermore, he wanted to give the characters he loved the opportunity for growth and development, seeing as they remain ever unchanging on the show itself. As a big fan of Yu Yu Hakusho with a love for The Simpsons memes, I think I’m going to have to binge read this comic myself.

It seems that The Simpsons and manga is quite a popular combination, with other comics such as Bartkira (yep, Bart Simpson x Akira) or Marge Simpson Anime offering readers an interesting take on the show. I love that people have taken perhaps the pinnacle of western cartoons, and fused it with the Japanese media! Did someone say The Simpsons anime?

And if you’re looking for a Simpson’s webcomic that’s a little bit more grounded, exploring the youth of Springfield as they grow older and learn to face the world, you should check out Spikermonster’s Those Springfield Kids.

Spikermonster originally started out by drawing the characters in his own distinctive style, building up quite the online following along the way, and has recently launched his passion project, so it’s a great time to start reading it! He said, talking to Polygon, that it was whilst he was going through a depressive episode that he found himself drawn to The Simpsons and that the show inspired him to create art, and gave him purpose as his projects began to take shape and become something more. A massive thanks to Spikermonster for allowing me to use one of his works for this article! Having read his comic, I can say it is filled with classic Simpson humor and a lot of heart. You should check it out for yourself!

It’s really incredible seeing how passionate and talented these fans are – please do support them any way you can! I know I’m going to be bookmarking a lot of these webcomics for a late-night reading binge. Smell ya later!

Read More: Why You Need To Check Out Netflix’s No. 1 Show: Squid Game

In this article:cartoons, life, thesimpsons