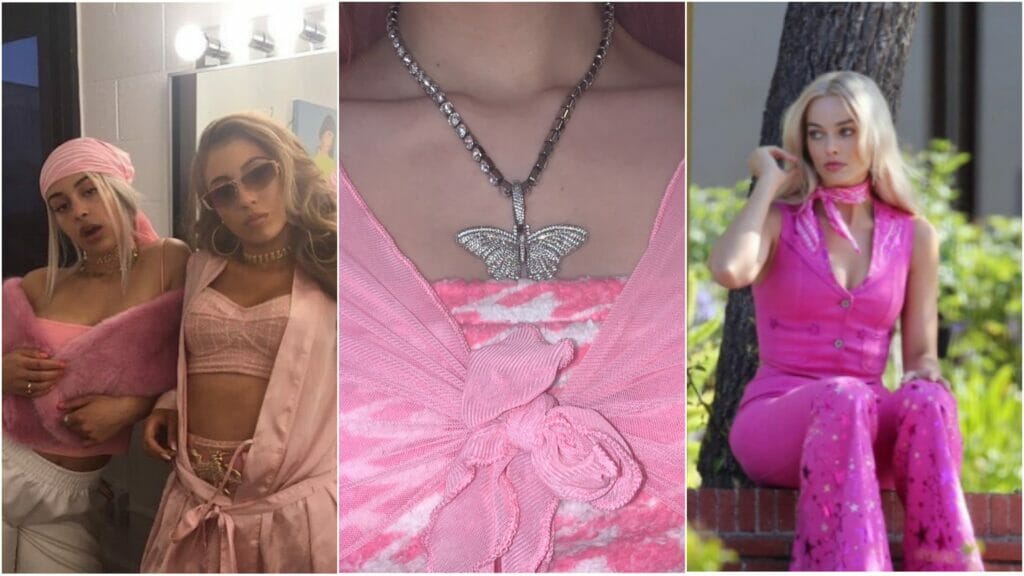 With the upcoming release of Greta Gerwig’s Barbie movie, it’s no surprise a whole new aesthetic has taken over: barbiecore. It is the latest aesthetic to win the internet over, getting as much attention as cottagecore did back in 2020.

Barbiecore calls for all things pink and girly, taking inspiration from Y2K fashion. Even celebrities such as Kim Kardashian, Lizzo, and Zendaya have joined in on the trend, sporting hot pink outfits and massive heels. High-end fashion designers have also embraced the barbiecore look, with Valentino and Balenciaga incorporating the aesthetic into their collections.

What exactly is the barbiecore aesthetic? According to the Aesthetics Wiki, it is simply an aesthetic inspired by the beloved Mattel fashion doll Barbie. However, barbiecore also draws inspiration from other 2000s ‘girly’ icons, like Lizzie McGuire and Hanna Montana. Barbiecore fashion is based on mainstream women’s fashion from the late 1990s to the early 2000s. Common clothing choices in barbiecore fashion are baby tees, low-rise jeans, chunky heels, faux fur jackets, and plastic jewelry or hair clips.

Just as cottagecore goes beyond just fashion, such as promoting slow living and sustainability, barbiecore also has deeper elements. Barbiecore is about embracing femininity and challenging the social expectation that you can’t dress hyper-feminine and be an intelligent woman. Those joining in on the trend see it as a way to reclaim the ‘bimbo aesthetic’ which was associated with Barbie. This challenges the assumption that intellect and sexy or feminine clothing can’t go together. Attitudes about ‘girl power’ from the 2000s are also being adopted, encouraging women to welcome femininity without viewing it as taking away from their intelligence and individuality.

Although 2000s trends have had a comeback, the barbiecore aesthetic took off after production images of the Barbie movie were released in April. Shots of Margot Robbie and Ryan Gosling adorned in all pink outfits went viral. Shortly after this, the interest in pink clothing and accessories increased. Online payment company Klarna reported that purchases of pink mini dresses have had a 970% increase and pink swimsuits had a 682% increase. Pinterest also reported that their site has seen a 75% increase in searches for ‘Barbie outifts’. High-end fashion has also hopped on the Barbiecore trend with luxury brands, such as Jacquemus, Balenciaga, Loewe, and Valentino, releasing an array of pink clothing.

Barbiecore is a form of post-lockdown ‘dopamine dressing’

During lockdown, most peoples’ moods and sense of fashion hit a low. With nowhere to go out to, there was no need for dressing up fancy or ‘extra’. After lockdown, people began to use ‘dopamine dressing’ to lift their moods and enjoy having opportunities to go out. Dopamine dressing is dressing to lift your mood. By wearing a certain color, texture, or style, the release of dopamine, the feel-good chemical, is initiated. Dopamine dressing can increase creativity, confidence, and a sense of self-worth. Pink is especially associated with helping to boost dopamine, especially the vibrant and bold hot pink seen in many barbiecore outfits.

Barbiecore is in full swing, both online and in the fashion world. Whether people use it to embrace their femininity or to get a dopamine boost, barbiecore is one of the most fun and vibrant aesthetics out there.

In this article:aesthetic, Barbie, barbiecore, life