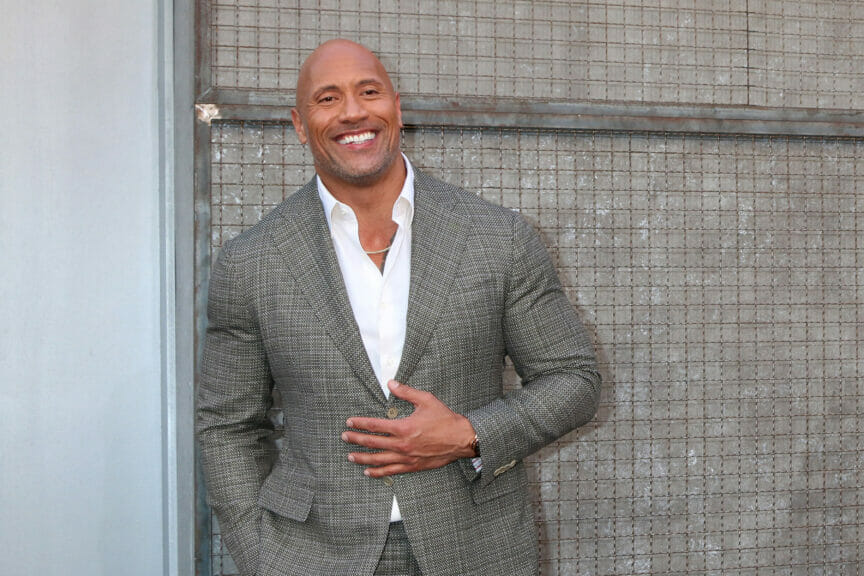 The WWE star turned action movie hero appeared in a viral video this week and has finally explained the bizarre circumstances that led to him holding a crowd-surfing baby.

On this week’s episode of strange things I never thought I’d see on the internet, is a bizarre video of Dwayne “The Rock” Johnson being handed a crowd-surfing baby. And if you don’t believe me, seriously check out the video below.

In the remarkably odd video, that closely resembles the disturbing scene in the 2017 psychological horror film Mother! featuring Jennifer Lawrence, there’s more of a wholesome vibe to this strange yet endearing clip.

However, The Rock seems a little taken aback after being handed the baby in question, but The People’s Champ conducted himself like a pro and took the child anyway.

At one point, it even looks like the baby gives a little wave, but she was probably confused by what was going on around her.

Of course, it’s not as if the baby was getting bashed around, as her father holds her above the crowd that has gathered to see Johnson on a tour of Mexico to promote his new movie Black Adam.

But apparently, this sort of thing isn’t out of the ordinary for The Rock as it’s what comes with being the Most Electrifying Man in Sports Entertainment and one of the most recognized faces in the world.

So, after the incident, Johnson took to Instagram to explain what happened and how he actually felt about it.

He said: “Our Black Adam Tour has been electric, fun, and emotional,

“People do cry and they hand me things – I was NOT surprised to be handed this beautiful little baby.”

Well, most people would be.

Johnson went on: “Her father caught my attention because he had tears in his eyes when he held her up high and gestured for me to hold her.

“I honestly thought he was holding a toy doll he wanted me to have as a gift.

“This beautiful, serene, present, and trusting angel is Luciana.

“One day, I bet she’ll inspire all those around her.

“And whatever this moment meant for her emotional father – means it meant something special for me too.”

He concluded: “Love you back Mexico and the mana is strong.”

For those of you who don’t know, mana is a Polynesian term for spiritual energy and the healing power that flows through the universe.

The post has garnered thousands of comments with most seeing the video as a piece of wholesome content. But some watchers do observe that the baby looks scared at times, however, she came to no harm.

But anyway, if you want to see what all the fuss is about, Black Adam is out in theatres on October 20th.

In this article:celebrity, Dwayne Johnson, Entertainment