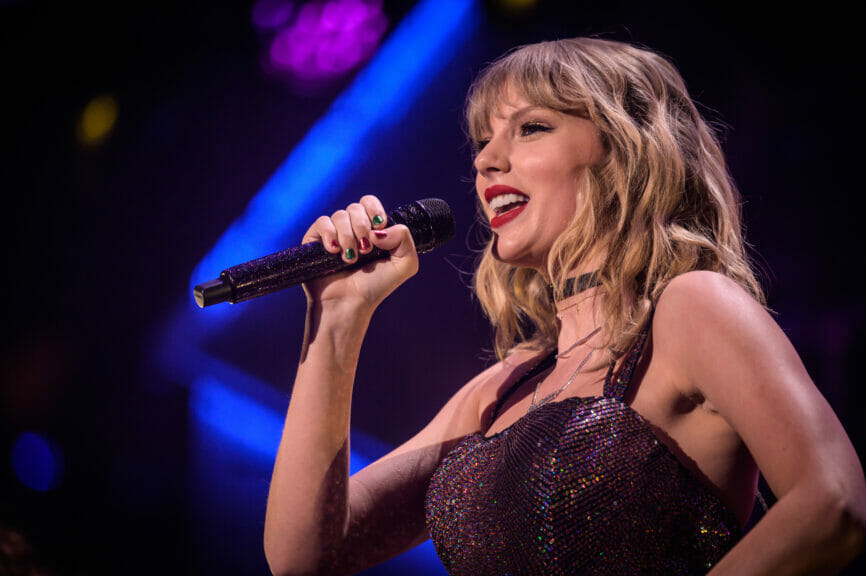 With a new movement towards body positivity in modern culture, why is the phrase ‘fatphobia’ trending?

With ‘skinniness’ being pushed as the standard of beauty for many generations, the recent movements in body positivity have caused a more diverse platform for different bodies in pop culture and media. Yet, with this comes the idea of ‘fatphobia,’ or fear or discrimination towards fat people in the media. With the recent video for Taylor Swift’s ‘Anti-Hero’ and video for the YouTube channel ‘Cut’ showing signs of fatphobia, one could wonder: why is fatphobia trending?

‘Cut’ is a YouTube channel that reveals larger truths in modern society and culture in its videos. It is common for them to take random participants into their videos and conduct social experiments with these participants. In one video on their YouTube channel, members of the video participate in a dating game, and two people face a button. In the version of the game being discussed, both people are wearing blindfolds. If the person doesn’t like the person across from them, they press the button. The person who didn’t press the button must leave, and the button-presser gets to stay. The game continues until both people in the pair decide to not press the button.

Something irregular occurred in one episode of the dating game on their channel. One of the male members in the game would hug women before they sat down across the button from him. Many have speculated that he did this to feel the body weight of who he was speaking with. They then believed he would press the button if he thought the woman was a bigger size than he would find attractive. This member, named Nathan in the video, hugged two different women in the video before being eliminated. Some people were upset with this behavior and expressed their opinions on Twitter.

Some people claimed that Nathan’s actions in this video were fatphobic. The tweet shown below was the main driver of the conversation, and whilst many agreed with the tweet, many thought the label ‘fatphobic’ was overly sensitive to the situation.

Fatphobia is a bias (often negative) displayed towards overweight people that ultimately blame and shame the person for their size. While many thought Nathan’s actions in the video fit this label, others felt he was expressing his preferences for who he wanted to date. The tweet below communicates the belief that rejecting someone for weight-related reasons is simply a preference, not discrimination or a ‘phobia.’

Taylor Swift recently released her new album Midnights and, with it, a music video for her new song — “Anti-Hero.” However, one scene in this video has people accusing Swift of fatphobia. In one scene of the music video, she steps on a scale, looks down upon it, and the scale reads ‘fat.’ Yet, people argued over the artist’s portrayal of her struggles with weight and whether this was fatphobia. Some people thought the scene was mean to overweight people, expressing being fat as a negative scenario:

Others thought the scene was being separated from context. This context contains Swift’s struggles with an eating disorder. They didn’t view it as fatphobic, but rather the feelings and thoughts of one who suffers from an eating disorder. Nonetheless, Swift has since taken the scene out of the music video in response to the hate it received. Whether this is an admission of guilt is unclear, as Swift did not release a statement regarding this decision.

So, why is fatphobia a constant discussion in modern media? Some may say that it’s because of past beauty standards that have left out the majority. Others may say it’s because society has become soft regarding self-image and perception of themselves. Many feel they have been discriminated against due to their weight in society. In contrast, many others state that this community hasn’t been discriminated against and is being overly sensitive. It’s incredibly complex yet essential to comprehend.

With years of feeling discriminated against in media and modern culture, it makes sense why overweight people feel as if society might be fatphobic. This only seems furthered by the immediate invalidation of these experiences in the public eye. While the internet is quick to judge people for committing any controversial actions, fatphobia is not masked sensitivity. It’s a genuine issue and something that we need to consider in our views on day-to-day life. If there is anything to truly take away from this discussion, it’s to be more aware of how you treat people and if this treatment differs depending on their body size.