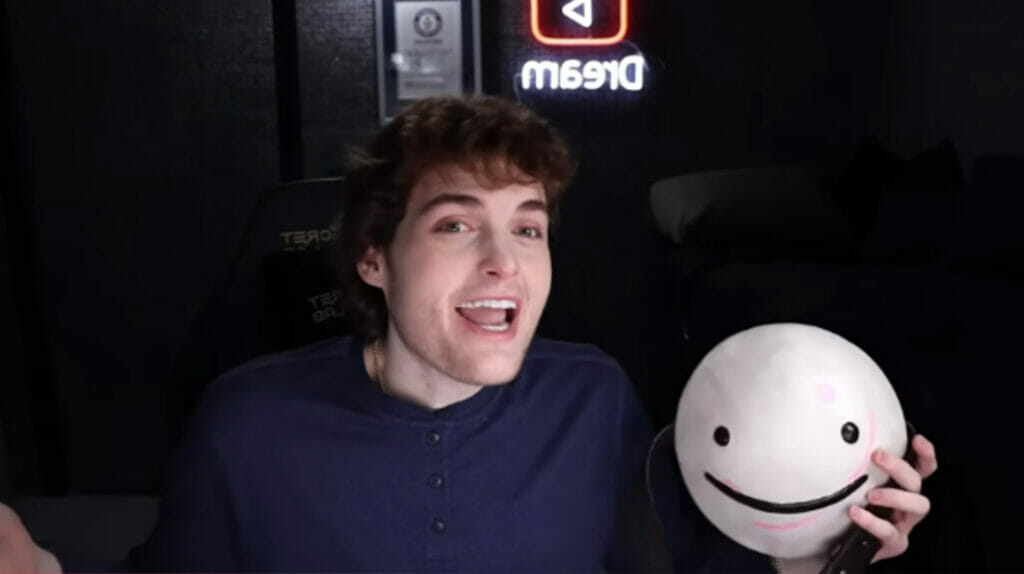 On October 2, YouTuber Dream, known for his anonymous Minecraft content, revealed his face for the first time. The internet’s reaction was cruel. It comes just a month after the Molly Russell inquest. What is the consequence of anonymity online and can the internet ever truly be safe?

Since the creation of his channel three years ago, Dream had only been represented by his simple white mask. The 23-year-old is credited with co-founding the DreamSMP, in which a group of Minecraft YouTubers role-plays scenarios in the game. His most popular video has gained 116 million views at the time of writing. In celebration of achieving 30 million subscribers on his channel, Dream announced he would face revealing on September 19. After a highly anticipated 24-hour build-up, the video in which he finally showed his face gained over 1.1 million views within the hour and 40 million views in ten days following its release. The video quickly became one of the most popular on his channel and took the internet by storm.

Dream’s face reveals certainly unveiled the dark side of the internet. Some users praised the YouTuber and were excited to see him, while most took the opportunity to comment on his appearance negatively. After the video’s release, the hashtags #keepthemaskon, #PutTheMaskBackOn, and #hesugly were trending on Twitter. Users compared him to cartoon villains, and the insults came hard and fast. Anonymity can work both ways, as many hid behind their keyboards to hurl insults. Though, some defended the creator, with one claiming that modern-day social media had led to a warped perception of what online creators should look like. Not only this but all compassion and decency were stripped from users’ reactions. Dream had become a brand to some rather than a human behind the mask.

Dream is a really normal-looking guy and I fear what being inundated with photoshopped, filtered, and facetuned selfies of people has done to an entire generation and their perception of themselves and others

Fellow Youtuber Memeulous, real name George, who also appears anonymously online, made a video on his second channel, George M, in response to Dream’s face reveal. Never spotted without his bandana, cap, and, most of the time, shades, Memeulous gave his take on the situation. Speaking on Twitter’s reaction to Dream, he called the site “the most absolutely awful place on the planet”. He also noted, “the whole point of the platform for most people is just to morally grandstand or project onto others”. Memeulous mentioned that following Dream’s face reveal, many users online had asked if he would be next. George said, “for me, the cons outweigh the positives at the moment, so […] I can’t see myself doing it,” and ended his video by saying, “no, I probably will not face revealing any time soon”.

It’s not the first time the internet has been cruel, and it certainly won’t be the last. Dream’s face reveal raises larger questions of safety online, regulation, and identity protection.

Just last month, the results of the Molly Russell inquest were published. In 2017, 14-year-old Molly Russell took her own life after witnessing content online about suicide and self-harm. Molly’s father told the inquest that much of the content she saw seemed to “normalize” and even “encouraged” self-harm and suicide. He said that social media platforms should “think long and hard about whether their platforms are suitable for young people at all” and urged governments to issue immediate regulation.

“They should think long and hard about whether their platforms are suitable for young people at all.”

The Molly Russell inquest highlights the severe and extensive consequences of harmful content on social media. Lack of regulation, especially for children, seems to conclude that the internet is an unsafe place that actively promotes unregulated self-harm.

The intense negativity received by Dream is just a snippet of the devastating effects of putting yourself online. As long as users can hide behind a computer screen, toxicity will be allowed to spread, especially with a lack of control by social media platforms. It is hard to believe that social media could ever be a safe and positive space.