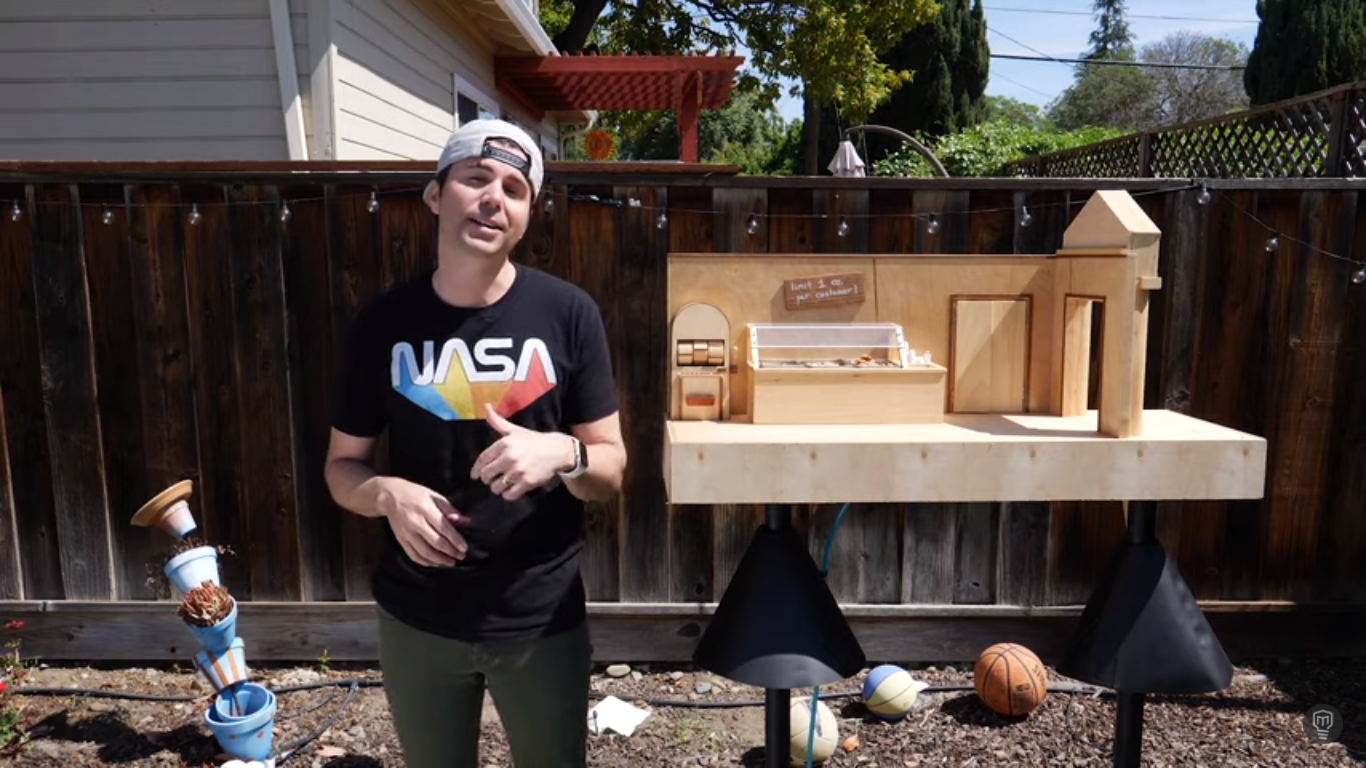 Some watch Netflix, sit on the couch scrolling through social media, or read a fiction book all in an effort to overcome boredom. Inventor Mark Rober, however, relies on his creative side to build a maze.

Rober spent two months building what he calls the Backyard Squirrel maze after his first attempt to deter these thieves from taking down his bird feeder failed.

While the squirrels defeated the first course, Rober expected a different result.

The maze included a vault at the center filled with hazelnuts and a birdfeeder right at the top.

Inspired by the Mission Impossible and Ocean’s Eleven films, Rober added a laser-protected entrance, guarded nut buffet, and even a helicopter to transport the squirrels to a brick wall.

Yet, once again the squirrels managed to figure the obstacle course. Rober admitted he “completely underestimated [his] adversary.”

Are squirrels brilliant thieves or should Rober upgrade his maze?

For more read, ‘The Comedy Wildlife Photography Finalists are Out and They’re Hilarious.