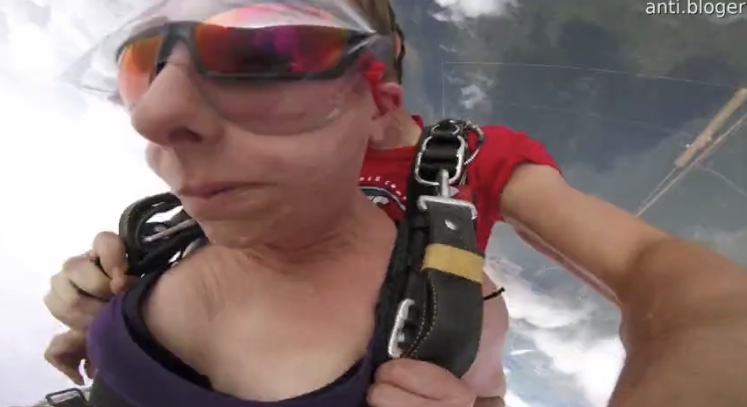 An instructor and student were unfortunately stuck to the plane upon descent. For almost 9 minutes the pair attempted to release themselves from the entanglement which attached them to the aircraft’s landing gear.

Seven minutes in heaven? Try eight in hell. The build-up of adrenaline and courage to even jump out of a plane then combined with being stuck to the landing gear of said plane. We bow down before you, lady suspended from the landing gear for almost 9 minutes. We can just get pizza next time, the only thing dangerous about that is the potential choking hazard from the stringiness of the mozzarella.

If you are a bit of an adrenaline fiend then look no further and watch a 1000ft drop from a plane recorded on man’s phone.