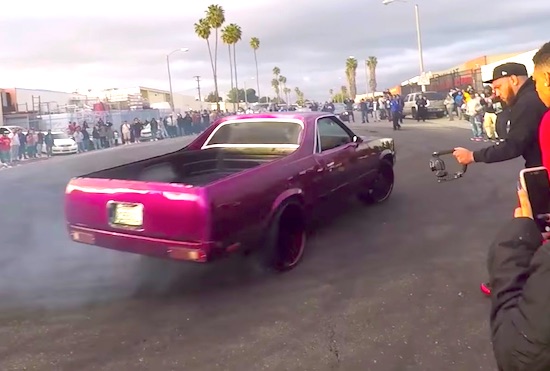 We all know about Compton, most of us from popular culture and social media. In most people’s minds, it’s a dangerous, unpredictable place where you wouldn’t exactly choose to go for a brisk walk.

Compton is notorious for many reasons, much of which being gang culture and violence, corrupt forces and drugs. While these stereotypes may have been heavily enforced by the media, it’s certainly based on some truth making it seem a scary place to anyone who’s never actually been.

This guy is next level brave. He decides to take a tour through Compton and shows how shady and scary it really still is. Check out this clip of him driving through the city before eventually getting pulled over by the police.

This place is crazy. You would not catch me standing there for more than a minute. Just going through the city he witnesses some mad car tricks and insane crowds of people. It’s also a strange mix of very expensive-looking fancy cars and houses, in addition to some extremely poor-looking area. It certainly doesn’t seem to be a vast advancement from the 90’s when the rebound NWA rose to fame- their lyrics focusing largely on life in Compton. It finishes with him seemingly getting arrested…for no reason. Oh well, this guy probably could have faced much worse outcomes for roaming around in some of these areas!

For more edgy stories, read HERE about how Black Mirror are coming out with a corresponding book series to the TV version!