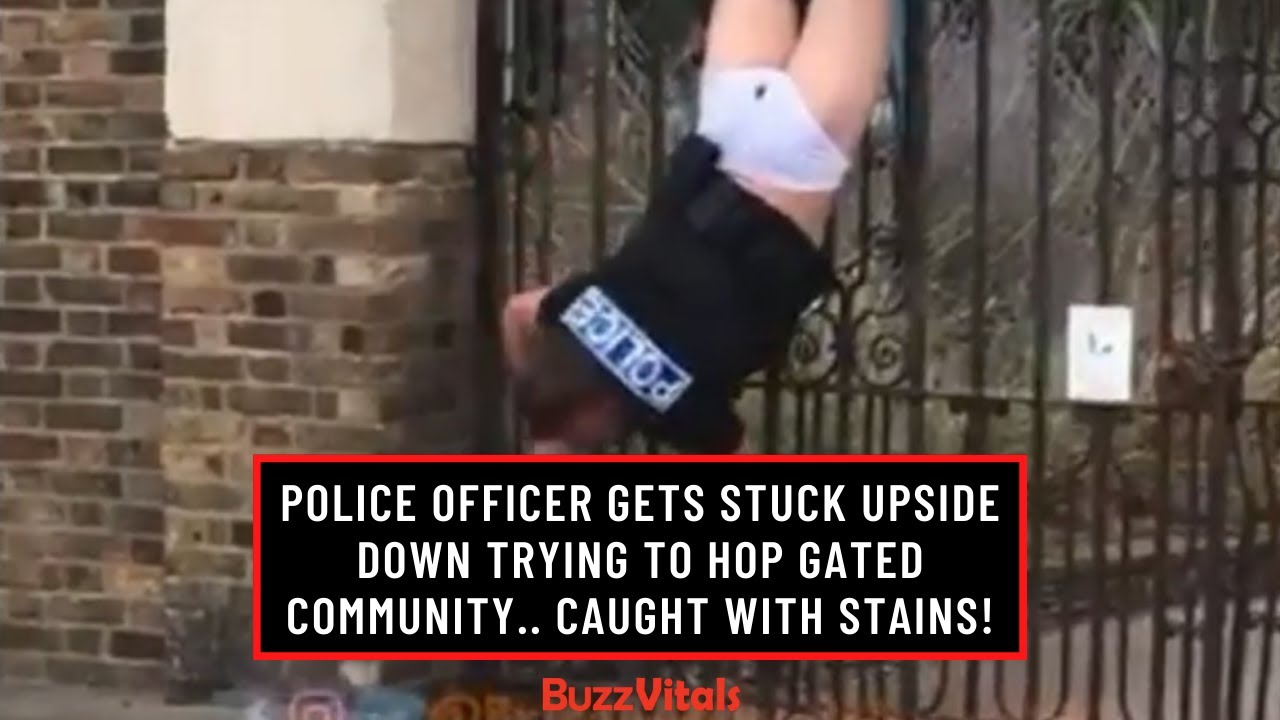 Police officers and entire police departments are facing a lot of pressure throughout the U.S. and around the world. Calls for reform, defunding, and protests letting their voices be heard about the displeasure for the police are part of life in the past few years. Changes are not coming about as people want. What the future holds for the police is unclear but changes do need to be made. All that being said, this particular police officer did not deserve the treatment he got by the crowd filming his unfortunate circumstance.

Recently in London, a police officer was trying to jump a gate of a gated community when he got stuck upside down. Not only that, but his pants were stuck to the gate at his ankles and he, unfortunately, has some embarrassing stains on his underwear.

The crowd of people forming around him filming this could not be any less sympathetic. They even try to talk the people who help the officer out of it because he is a police officer. They really just wanted him to hang there and suffer.

Some Sympathy Would Have Been Nice

Making matters worse, once the officer was helped down and he pulled his pants, the filmers still followed him around the corner where he threw up. Being upside down that long with blood rushing to your head will definitely get to you. This video going viral I’m sure has not helped this officer get over this incident. That one guy’s laugh throughout would be enough to haunt the officer for a while I would imagine.

A police officer or not, he is still a human being and didn’t deserve to be trapped like that for so long and laughed at. At least the few decent people that helped him down ignored the filmer of the video but still. Making fun of him for his underwear stains and being perfectly content to film this without helping him is cruel. Next time this guy needs help, I hope he remembers he made fun of this officer. Based on his attitude though, I highly doubt it.

To read about stupid things criminals have done, click here