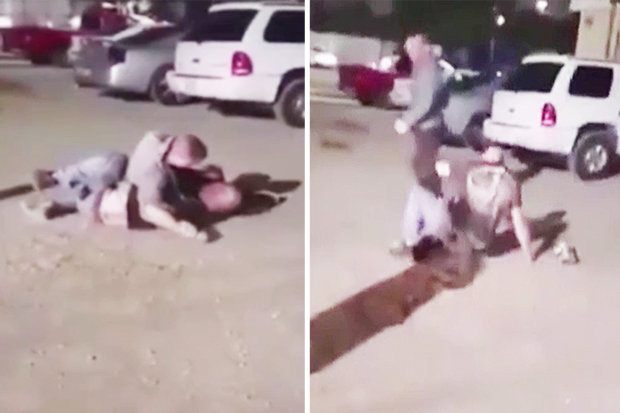 Ladies and gents here we have it-the idiot of the week. This mugger attacks a man, not knowing that he is in fact an MMA fighter, and unsurprisingly gets destroyed.

The MMA fighter, who did not want to be identified, quickly took action at the scene. It is pretty much what you would expect: the robber did not stand a chance. Tough luck when the one guy you try to mug is actually a professional fighter, huh? It’s as if that’s the world’s way of telling you not to mug people. Hopefully he’s learned his lesson…

He approached the fighter and then attempted to hold him at gunpoint before the tables turned dramatically. The MMA fighter instantly turned things around and destroyed Anthony Miranda, leaving him in a pretty rotten state:

And that’s why you should never try to attack an MMA fighter! Miranda is left in an extremely sorry state, but you can’t exactly feel sorry for the guy considering he definitely was asking for it. TYT news reporter refers to him as ‘the world’s dumbest criminal’.

Hang on, it gets even better (or worse, however you want to view it). After beating the sh*t out of the robber, he proceeds to shoot him in the foot- with his own gun! How embarrassing. This one-sided fight did not last long, and certainly could have ended a lot worse on Antony’s part.

If you want more stories on idiots getting what they deserve- WATCH this video of biker getting revenge on d*ck driver!