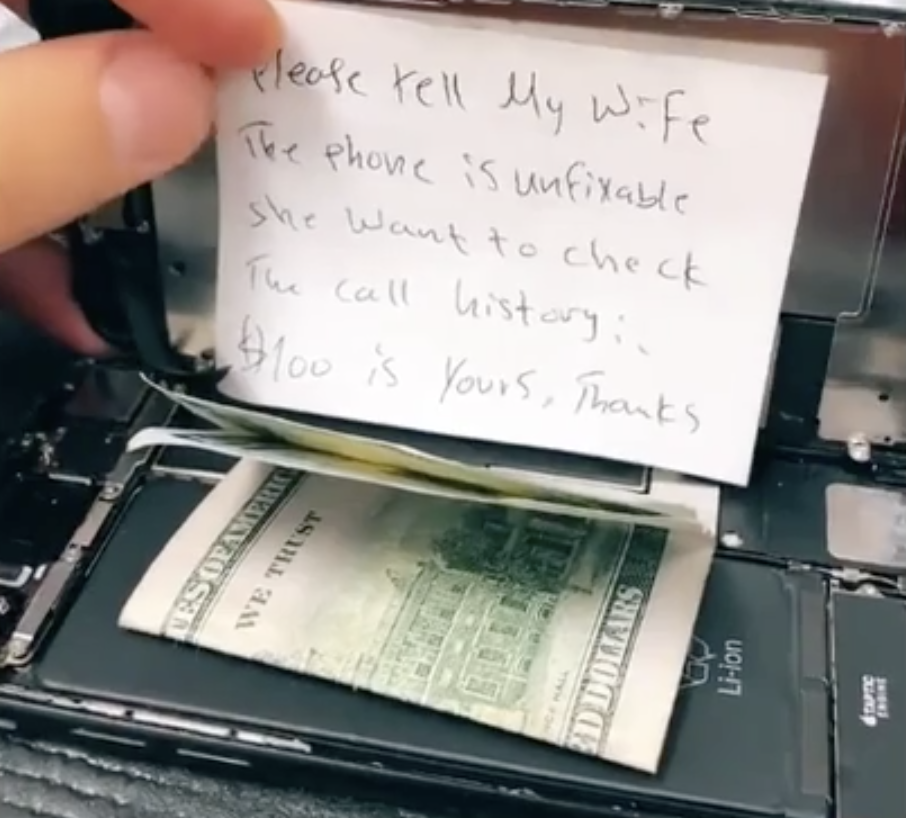 Video footage reveals a phone repair man exposing one of his customers who tried to bribe him with $100 to keep a secret from his wife.

The video shows a note, paired with a $100 bill, slipped between parts of the broken phone, intended for the phone repairman to see. The note says: “Please tell my wife the phone is unfixable, she wants to check the call history… $100 is yours, thanks”.

If given the option to stay quiet and take the $100 or tell the wife what is really going on… what would you do?

Well, the repair man decided to expose the customer to his wife. Whether his intent was to do the “right thing” or to “stir up drama”, nobody knows. The repair man called in the client’s wife to tell her what was going on, stating that he doesn’t “want to be involved in this [situation]”… despite getting himself involved.

Annoyed by her husband’s bribery attempt, the wife then offered to pay the repair man an additional $200 to fix the phone so that she could view her husband’s call history.

Seeing how the events transpired, do you agree with the phone repair man’s decision to expose his customer?

Check out the full video below.