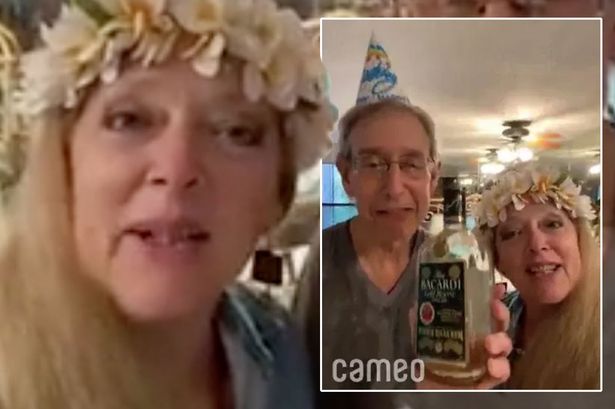 Cameo features a huge selection of comedians, athletes, influencers, and actors. Talents set their own marketplace price for customers to request a personalized video message. Among the stars are Sean Astin, Elijah Wood, and even Chuck Norris! Other options include plain texting or booking a ten-minute Zoom call.

Cameo’s mission is “to create the most personalized and authentic fan experiences in the world.”

One dedicated fan forked over $249 to make Carole Baskin and her husband Howard perform a rendition of the classic song “In Da Club” by rapper 50 Cent. The performance was complete with a bottle of Bacardi as an effective dramatic prop.

For those uninformed, Carole Baskin had an expansive feud with Joe Exotic, a rival zoo operator, documented in Netflix miniseries “Tiger King.” Exotic propagated an unsubstantiated claim that Carole Baskin was directly involved in the disappearance and “legal death” of her former husband Don Lewis. This case, however, remains open.

Currently, Exotic is serving 22 years in prison for hiring a hitman to kill Baskin, and for violating the Endangered Species Act. Baskin, meanwhile, is the founder and CEO of Big Cat Rescue, and runs a real estate business managing volunteers and interns from around the world.