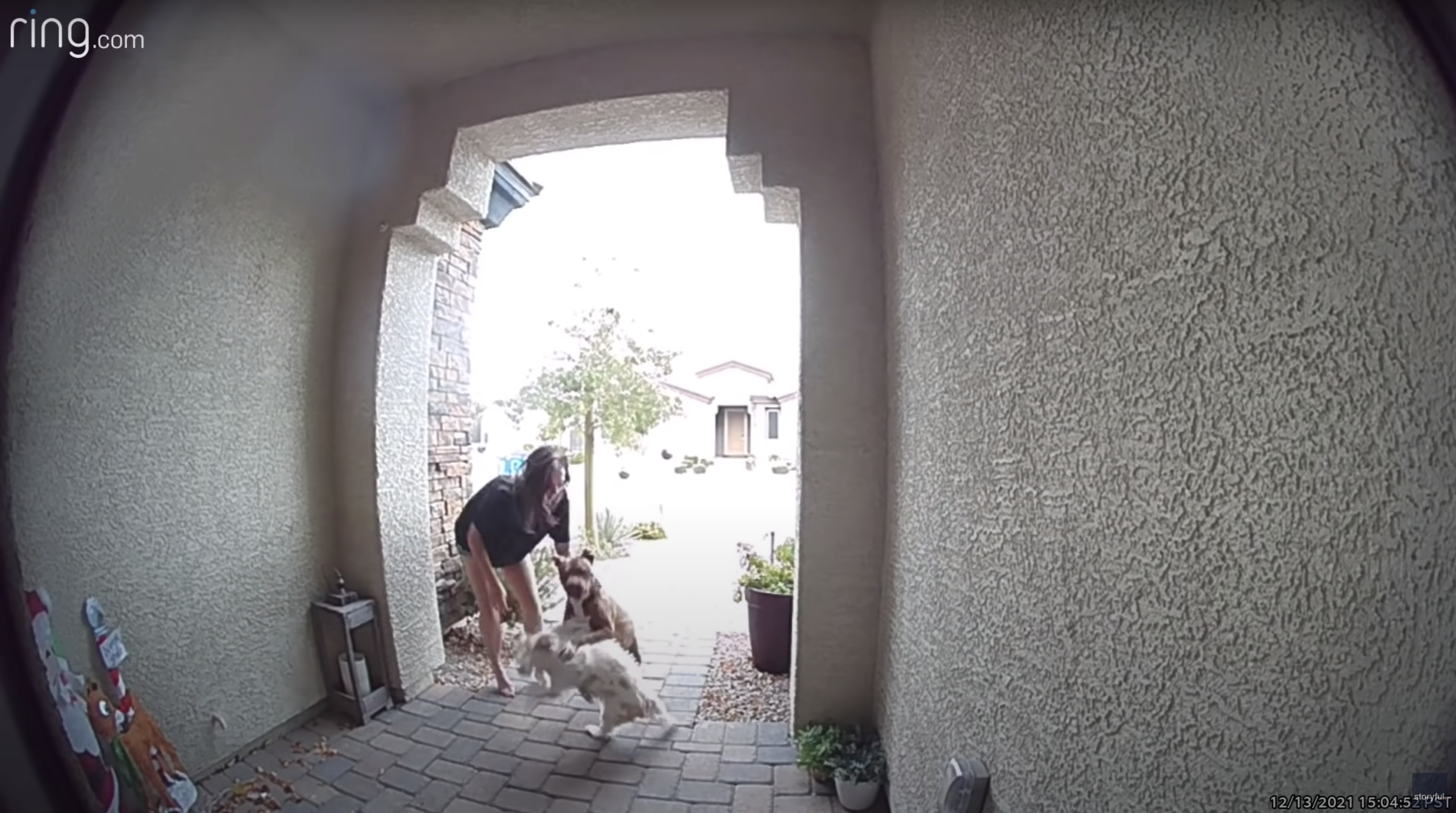 Video shows the terrifying moment an Amazon Driver breaks up a vicious fight between two dogs after the attack is slowed by the owner.

The video is captured by Micheal Ray’s Ring Doorbell Camera and shows his 19-year-old daughter walking out onto the street who greets a muscular pitbull and pets it.

The pitbull immediately responds to the aggression and attacks the white dog, which is swooped up into the owner’s arms. Undeterred, the dog continues to try and attack the white one- jumping up at the owner whilst she tries to fend him off.

This is when the Amazon Driver steps in after hearing the girl’s cries for help, buying the girl time to run back into the house by blocking the dog’s advances.

Comments under the video, such as Cheshire Madness, proclaim the amazon driver needs a “pay rise” for being an “amazing person” and hail her as a hero. Others have criticized the daughters actions- questing why she petted the dog in the first place.

The delivery driver was undoubtedly brave in her actions, but if you want to see for yourself, click on the video below.