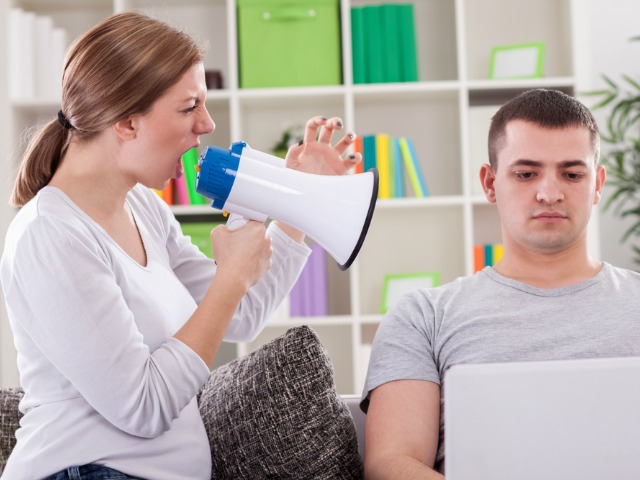 Does your male significant other seemingly ignore you all too often? Science has an explanation! A recent study from Scrivens Hearing Care polled 2,000 UK adults with 75% of respondents reporting that their partner has “selective hearing.” Heathline.com defines selective hearing as “the ability to listen to a single speaker while in a crowded or loud environment.” Personally, I always thought the phrase meant an individual listened to who or what he/she wanted to and ignored the rest. Now with the semantics out of the way, onward to science!

According to the study, 7 in 10 Brits believe their significant other conveniently “doesn’t hear” what is said. Unsurprisingly, men are “worse” than women. In a typical week, men “won’t hear” what their partner is saying on seven occasions (388 times a year). In comparison, women will fail to listen only six times a week (339 times a year). However, more than half of adults admitted they are concerned their partner’s “selective hearing” could be a result of genuine hearing difficulties. Around 4 in 10 people even went as far as to say they “know with certainty” that their other half struggles to hear.

One would think the topic of selective hearing wouldn’t involve much more than an irritating exchange with a fellow human being. The significance of listening to others, rather than just hearing them, was forever instilled in me by one particular teacher. Way back in elementary school, that teacher said something to my class that stuck with me: hearing is acknowledging noise, listening is acknowledging words. One is passive, the other is active. Ever since that fateful day I’ve enjoyed annoying people by asking, “I know you heard me, but were you listening?” What a fun and interesting way to kick off  Hearing Awareness Month. Cheers!

In this article:Featured, science