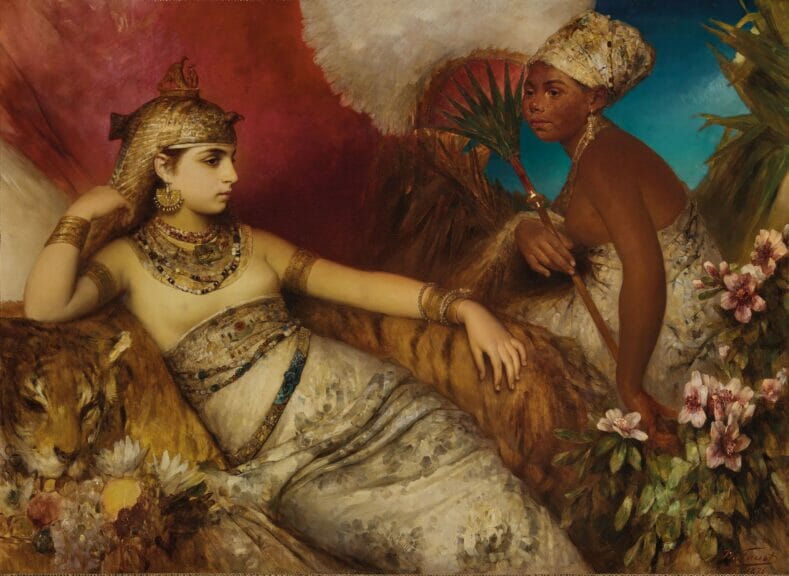 Cleopatra’s final resting place has been eluding archeologists and historians for centuries, but a recent archeological discovery brings new hope that the Queen’s tomb may have finally been located.

Archeologists and ancient historians have been searching for Cleopatra’s final resting place for centuries, a discovery that would be monumental for our understanding of Ancient Egyptian culture and history. A recent excavation led by Dr Kahleen Martinez has uncovered new evidence pointing to the lost Queen.

A Queen and Goddess

Leading archeologist and lawyer Dr Kathleen Martinez discovered an underground tunnel that is thought to lead to Queen Cleopatra’s tomb. However, this is not the first time archeologists believe they have found the Queen’s resting place, so nothing is certain yet.

Due to the gaps in our historical knowledge, there are conflicting views on where in Egypt Cleopatra’s remains are located. Some scholars believe that she will never be found and is in an area of Alexandra that is underwater and inaccessible.

The ancient Greco-Roman passage in Alexandria is 1500m long and 180m high. The recent discovery was part of the Egyptian Dominican archeological mission of The University of San Domingo, led by Dr Martinez. If proven to lead to Cleopatra’s tomb, it will prove one of the most significant archeological discoveries in recent history.

It was found during the excavation mission taking place in the area of the Temple of Tapozeries Magna, where Dr Martinez has long suspected Cleopatra’s final resting place may be.

The discovery was announced by the Egyptian Ministry of Tourism and Antiquities and has been described by experts as a ‘geometric miracle’ due to its intricate architecture.

The ongoing excavations, which have been taking place since 2004, have also revealed other impactful discoveries such as mummies, ceramic art, and a cemetery facing the temple.

While discovering the underground tunnel is monumental, there is now the additional challenge of exploring the full underground structure. There is believed to be a complex set of tunnels, much of which is underwater in the Mediterranean Sea.

Dr Martinez believes that Cleopatra is located in the Temple of Orisis, which lies in the ruined city of Taposiris. Accessing the underground ruins will take a significant amount of time and resources, so further updates could take years.

Interested spectators have noted an irony to the discovery being made by Dr Kathleen Martinez after Queen Cleopatra famously said that ‘no man’ would ever find her tomb.