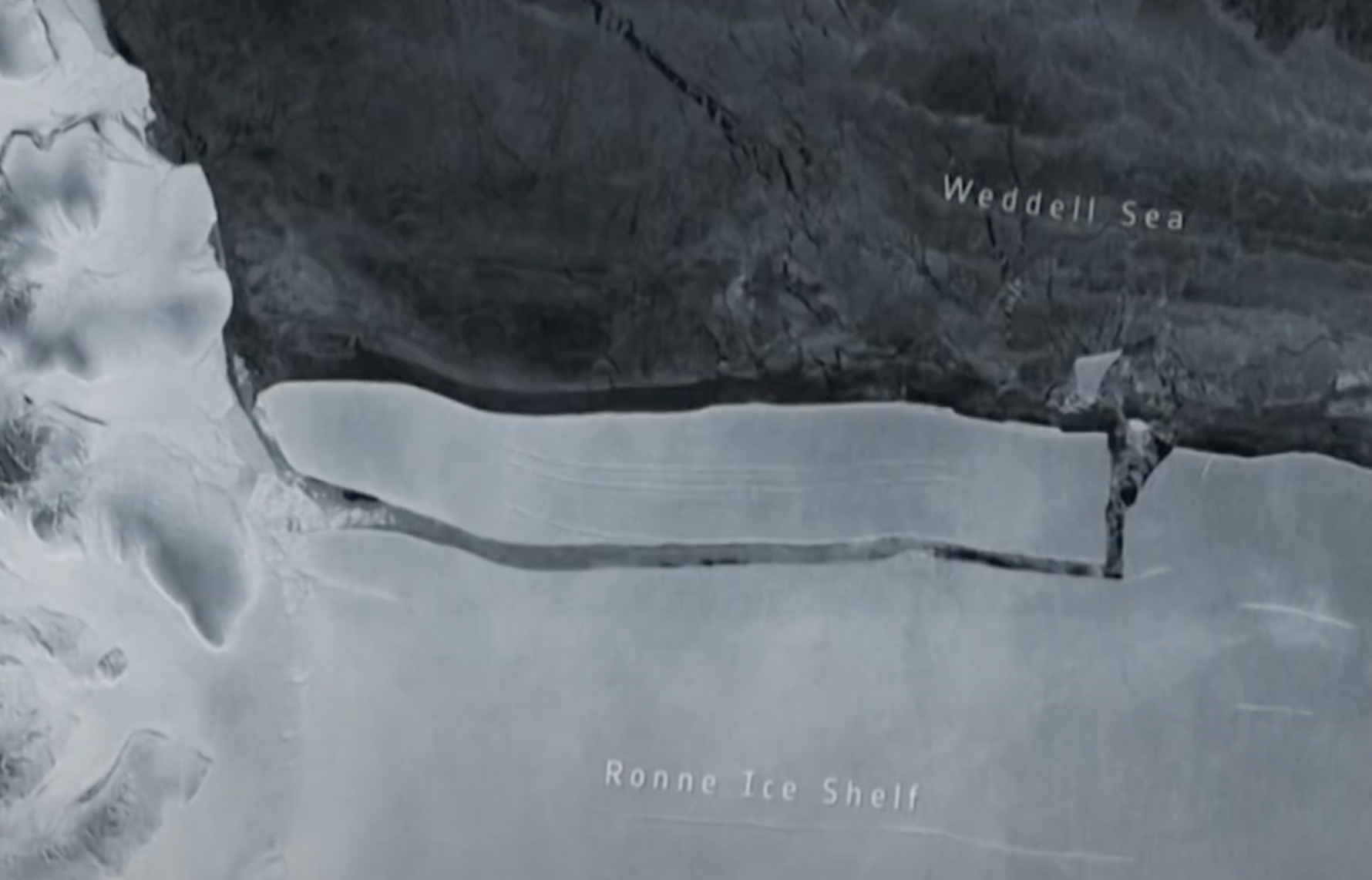 A huge mass of ice, known as A-76, recently broke off of Antarctica and has been classified by scientists as the largest iceberg in the world.

The breaking off of the iceberg was captured by a satellite from the European Space Agency. It is over 1600 square miles, comparable to the size of Rhode Island or the Spanish Island of Majorca.

A-76 now floats in the Weddell Sea where it joined the former largest iceberg, A-23A.

The breaking off of A-76 is due to a cyclical process unrelated to climate change, scientists say. According to a glacier scientist, the formation of A-76 will not raise ocean levels. Furthermore, A-76 is expected to break into 2-3 smaller chunks.

Watch the video below.

A-76 may not have been due to climate change, however, a new island discovered off the coast of Antarctica, previously submerged under ice, illuminates the danger that climate change poses.