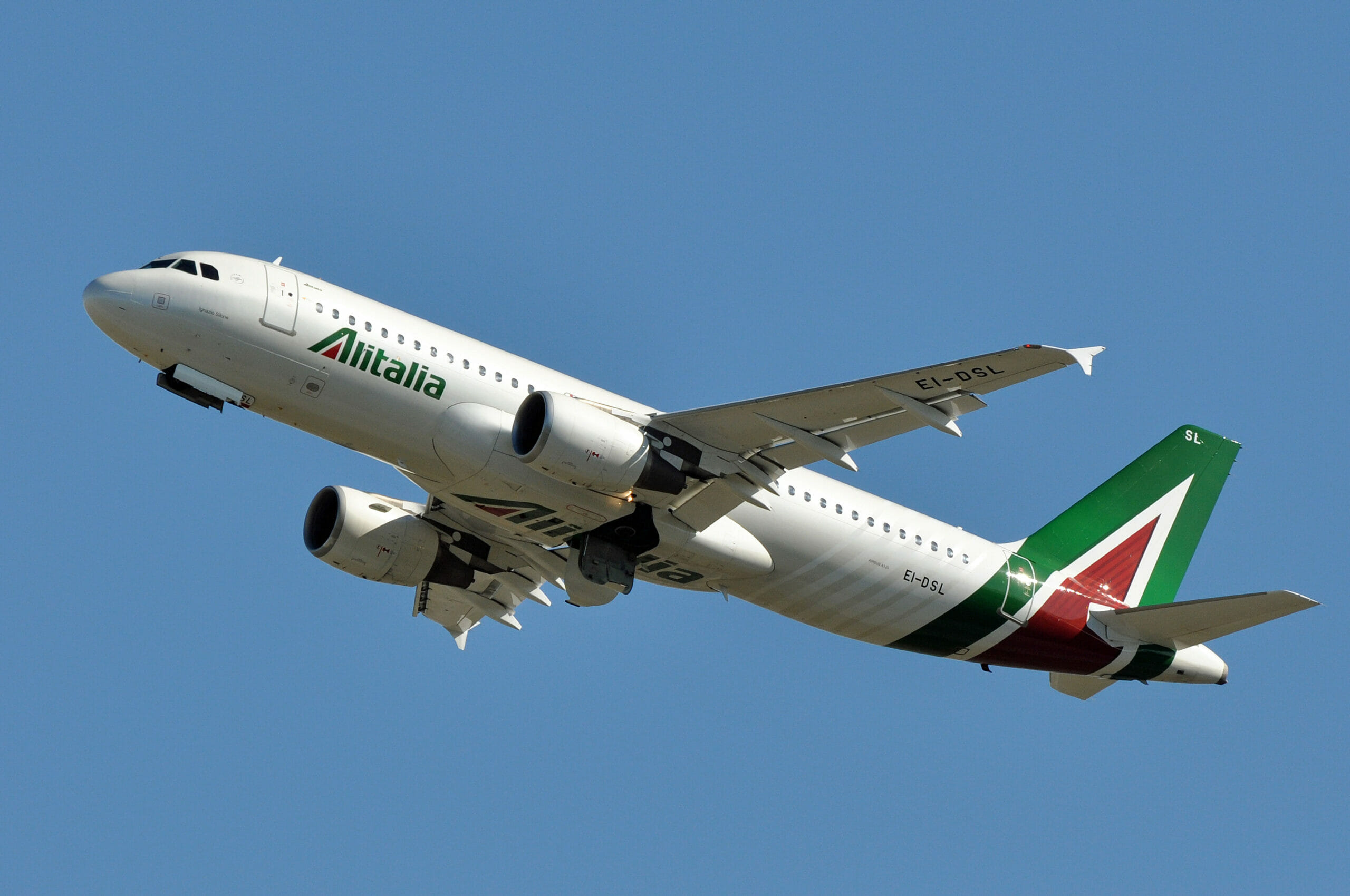 For the nearly sixty million people living on the Italian peninsula, a labor strike is nothing new. However, when a strike starts to hamper intranational and international travel, people certainly take notice.

On Monday 11 October, over one hundred Alitalia flights were canceled amid a 24-hour general strike, according to Italian media outlets. The airline, Alitalia, has in the meantime ceased operating under its previous name and will become a part of Ita Airways.

Following the ensuing chaos, Alitalia later confirmed in a statement that they had canceled some 127 flights on Monday 11 October, with another 11 flights canceled the subsequent Tuesday 12 October.

To compensate the inconvenience, Alitalia alerted its customers that it would switch many flights to larger aircraft and also reschedule flights. They notified their clients “to check on which flight they have been rebooked by logging in to the website www.alitalia.com and entering their name, surname and booking code in ‘my flights’ sections on the homepage.

This strike, which came at the end of Alitalia’s history before its absorption by Ita Airways, marks the end of the airline’s turbulent lifetime. For years, Alitalia had sustained annual profit losses.

However, no other airlines flying in Italy reported a slew of flight cancellations as Alitalia did.

However, the strike transcended the airways and spilled into the city streets.

For fear of metro shutdowns and public transit halts, people in bustling cities like Rome and Milan chose instead to drive their cars as they feared long or impossible commutes.

On the contrary, in Milan, authorities assured citizens that all the underground metro lines were operating normally, but the increase in car traffic significantly slowed Milan’s trams.

In Rome, however, reports claimed that the metro underwent delays due to the transit strike. On Monday 11 October, the news agency Ansa reported that the C-line in Rome had closed and the A- and B-lines were operating with reduced service.

With demonstrations in the streets of Rome, car traffic was also rerouted to make way for the swaths of people in areas like Piazza Della Repubblica or Piazza Madonna di Loret.

With thousands of people taking to demonstrations, police in Rome stood on edge following violent out lashes at a protest against Italy’s vaccine rules and green pass (some of the toughest vaccine restrictions in the world).

Two of Italy’s other big cities, Naples and Genova, also experienced large strikes and demonstrations on the morning of Monday 11 October.

The 24-hour strike was a culmination of several groups. Italy’s unions called for the demonstrations, which included both public and private sector employees, to protest the Italian government’s labor and economic policies, such as working hours and pensions, while also demanding more funding for schools and transport.

Alitalia’s staff also protested the impending closure of the airline.

However, the unions fervently stated that their strike, which protested the lack of government interaction in their work sector, were in no way connected to protests against Italy’s green pass. They did this in an effort to refute any allegiance to the violent protests that broke out in the streets of Rome and Milan and other cities.

Interested in more stories like this one? Check out: Passenger Apprehended After Opening Emergency Exit and Jumping onto Wing of Plane