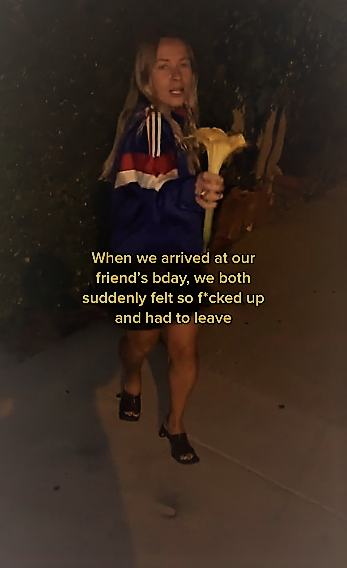 The TikToker, along with her best friend, smelled what they thought was a yellow flower on their way to another friend’s home.

Little did they know that the flower they inhaled was Angel’s Trumpet, also known as “Devil’s Breath.”

This powerful hallucinogen may inhibit someone’s senses to the point of losing self-control.

Weyman learned of the drug’s effects and stated, “When we arrived at our friend’s birthday, we both suddenly felt so f*cked up and had to leave.”

“Turns out the flower is super poisonous, and we accidentally drugged ourselves like idiots.”

Her night only got worse. Weyman explained she had bizarre dreams and endured sleep paralysis for the first time in her life.

Devil’s Breath can be used to treat motion sickness, nausea, and vomiting.

While that may be the case, the drug could be “the worst roofie you could ever imagine, times a million,” as reported by VICE News.

In addition, an overdose can cause vivid hallucinations, confusion, dilated pupils, an alarmingly fast heart rate, toxic psychosis, and even a coma.

Today’s lesson? Be warry of flowers. Devil’s Breath may be used as a medication for certain patients, but the drug could be deadly in its pure state.

Interested in more? Read ‘US Army Base in Japan Reportedly Poisoning Drinking Water of 450,000 People‘.