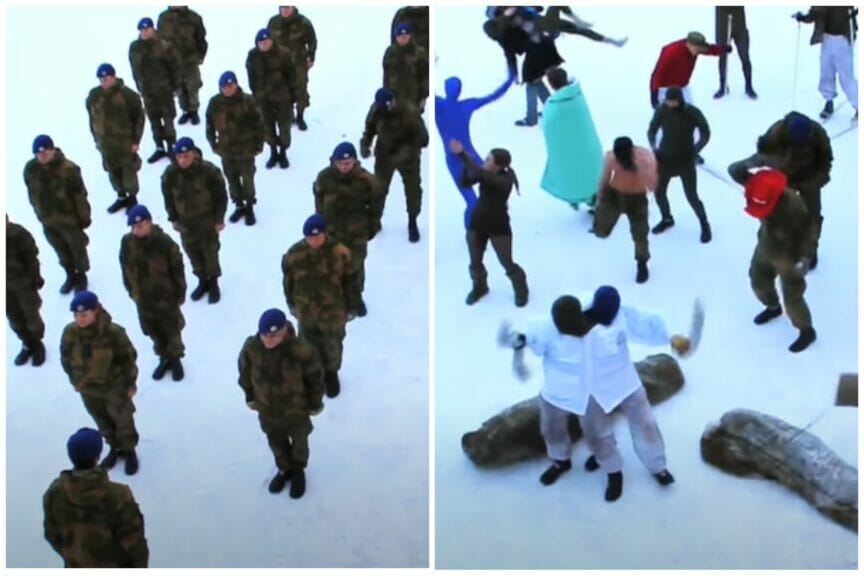 In 2013, one of the biggest viral trends was born: the Harlem Shake. Whilst the Harlem Shake has faded from most people’s memory, it set the standard for all viral content to follow it. Many of the dance trends on TikTok owe their success to the Harlem Shake. Despite its place in meme history, many people don’t know the story behind the trend.

In the early 2010s, the internet we recognize today was just beginning to form: meme culture was growing, certain content was going viral, and social media was taking over more and more people’s lives. The Harlem Shake was a key part of the internet’s evolution. In case you’ve forgotten what it is, the general format was a 30-second clip in which someone first dances alone, often wearing a helmet or some other disguise, and surrounded by a group of people standing stoically still. But after fifteen seconds the bass drops and suddenly everyone goes wild, often wearing random costumes.

The song ‘Harlem Shake’ was produced by American musician Baauer (Harry Rodrigues). It was uploaded to YouTube on August 23rd, 2012. The lyric “do the Harlem Shake” is actually a sample from the 2001 track “Miller Time” by Plastic Little. The song went relatively unnoticed until the original Harlem Shake video was posted on January 30th, 2013. The original video was created by internet personality Filthy Frank and immediately became a meme.

The Harlem Shake dance is actually older than the internet

The Harlem Shake is actually a dance that was created in 1981. The dance involves pivoting the shoulder out while popping the other shoulder out at the same time. A Harlem resident named ‘Al Bm’ created the dance, which was initially called the ‘albee’ after his name. After the dance caught on and moved beyond the neighbourhood, it was renamed the ‘Harlem Shake’. The popularity of the dance reached its peak around 2001 when it was referenced in songs by several hip-hop artists. As for the viral Harlem Shake videos, the dance shown in them slightly resembles the actual Harlem Shake, mostly the erratic arm movements. However, most people who took part in Harlem Shake videos were oblivious to the original dance and its history.

The Harlem Shake created the formula for all viral dance trends

It’s clear how the Harlem Shake set the standard for all viral dance trends. It was easy to imitate, didn’t take hours to ‘learn’ the moves, and was entertaining. An article by TechCrunch broke down why exactly the Harlem Shake went viral and how other viral trends follow the same formula. The article states that the popularity of the Harlem Shake was due to its short length and the formulaic set-up that was easy to replicate. Additionally, the formula wasn’t too strict, allowing people to add their own touches.  In the 2010s, short-form video content hadn’t taken off yet, so the Harlem Shake was revolutionary. It introduced the internet to video memes and funny, short videos that were easily consumable.

Whilst people might have forgotten about the Harlem Shake, its influence is everywhere. Vine and TikTok would never have become successful if it wasn’t for a 30-second video of people dancing in random place and wearing wacky cotumes.