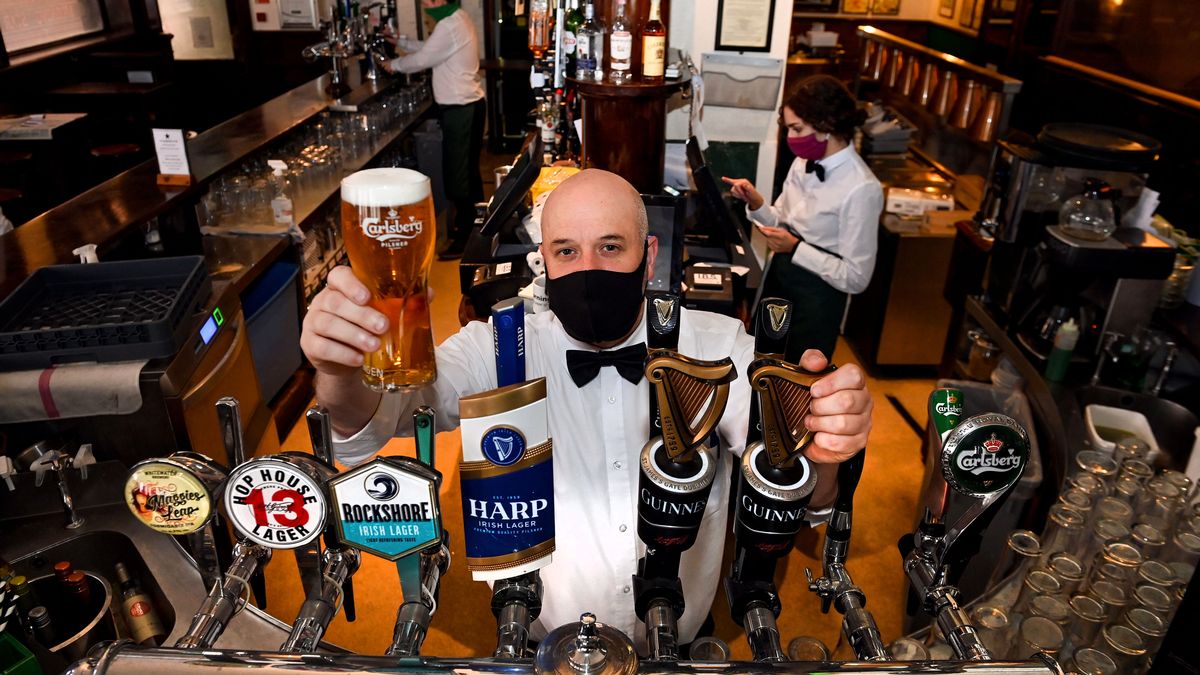 Matt Ellis, 48, takes his pub crawl to the next level as attempts to set a new record.

The pub enthusiast visited 51 pubs in just under nine hours, setting what he believes to be a new world record. Ellis averaged at around 5 pubs every hour and spent roughly 4 minutes in each establishment.

You’re probably wondering how Ellis managed to drink 51 pints in the space of nine hours without getting carted off in an ambulance at the end of the night. The answer is quite simple, and it’s not strategic ‘toilet’ breaks. He didn’t.

Rather than drinking a pint of bitter in every pub, Ellis would opt for something much more manageable instead, like orange juice or diet coke. Matt’s reasoning for this is very simple; “I wanted to keep it responsible and didn’t drink too much for my health. Maybe several years ago I would have made it with 51 alcoholic drinks but not now.”

The pub crawl began at midday after Matt had eaten a full English breakfast to ‘line the stomach’. Matt started at the Wetherspoon in Cambridge where he did treat himself to half a pint of ale. Throughout the adventure Matt drank around 6.3 litres of liquid; “I was drinking so much liquid that I couldn’t fit any food in. During the night I went to the loo six or seven times.” The pub crawl eventually ended in St Neots, Cambs, Matt’s hometown.

The world record attempt was monitored by independent witnesses who spent the afternoon taking pictures of Matt with his drink in every single pub as evidence. Undoubtedly, they enjoyed some perks of the job as well.

Matt explained his reasoning behind making the record attempt by saying; “It was just to get some support for pubs that have shit down [during the pandemic]. It’s been a really bad year. I wanted to raise their profile for people to get down to their local and support their community.”

I’m sure if Matt ever decided to go on an adventure similar to this one he’ll have many of us joining him.

Guinness World Record officials are expected to assess Matt’s effort within the next week.