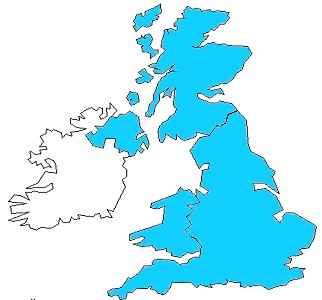 Every town, village or city has its stereotypes. And every single community will try its very hardest to deny it! This witty map tells you a funny stereotype about your own area. What’s yours?

This hilarious map covers each area of Britain with a name that fits its cliches. Can’t deny it, we all have one! Whether it be to do with accent, politics, food, wealth, this map has nailed it on the head. Some of the most striking ones include Ireland as ‘Guinness’ (fair enough). Rural Scotland as ‘uninhabited’. And Wales, of course, had to be ‘people who have sex with sheep’. Ah, such beautiful mythology. 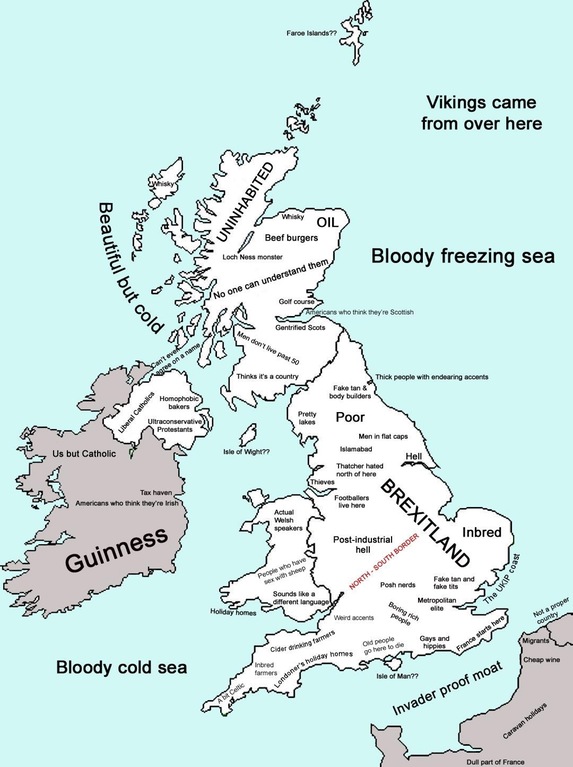 The map also features the highly debated North/South divide, with apparently no  consideration given to the idea that the Midlands are actually a thing. I mean come on, Nottingham? Leicester? Birmingham? Do they really not even get a mention?

Some of the more offensive labels include Newcastle as being full of ‘fake tan and body builders’ but then if you have seen ‘Geordie Shore’ this isn’t the most outrageous comment. The English South Coast  consists of where people ‘go to die’, ‘gays and hippies’ and my personal favourite, Cornwall ‘inbred farmers’. Now we’re not sure what entirely theses are being based on, but it’s bloody funny albeit a bit rude.

The map is also annotated with the very scientific descriptions of  ‘bloody freezing sea’. Cheers mate, I was wondering what that was.

If you’re offended by this map, click HERE and watch these two tigers playing in the snow!