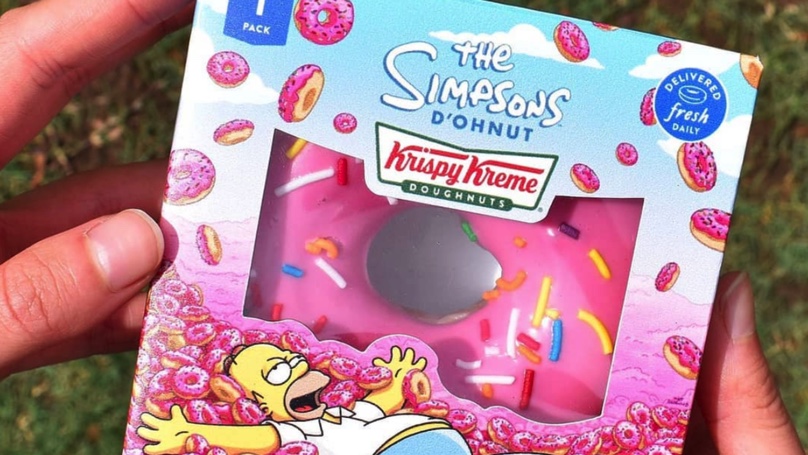 Yes Simpsons’ fans, the iconic pink donut can now be yours!

The Simpsons ‘D’ohnut’ has become an image most commonly associated with the hit show and you have to admit that you’ve wondered what it tastes like. (No? Just me then…)

Anyway, we can now reveal the exact favours of this donut thanks to Krispy Kreme Australia.

Time for an Australian edition of Let’s Be Jealous! Krispy Kreme in Australia just released new Simpsons D’ohnuts. It’s a glazed doughnut dipped in strawberry flavored white chocolate truffle and topped with sprinkles. For the Aussies out there, @gramofsugar already found the single packs at @7elevenaus.

It is a sugar glazed donut dipped in strawberry-flavoured white chocolate truffle and decorated with rainbow sprinkles.

No wonder Homer likes them so much!

Unfortunately, the donut has only been released in Australia so far but hopefully Krispy Kreme will realise that other countries deserve to have a taste too!

Wow, there’s being a Simpsons’ fan, and then there’s this!