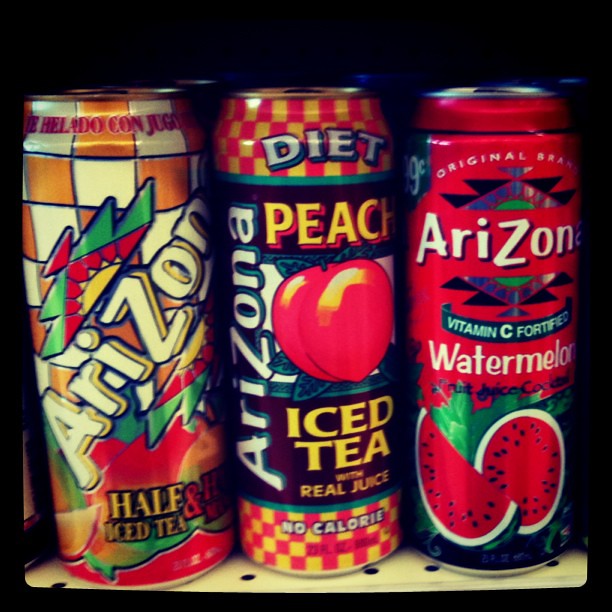 It’s a new week of quarantine: homeschooling is still underway, essential workers are still out there for all of us, and we’re all trying to get through this. The struggle is real, I know. Luckily AriZona Iced Tea is coming out with a new flavor, shall we say, of their iced tea.

According to a source at brobible.com, AriZona Iced Tea is making a hard version of their green tea. It’s supposed to be released sometime this summer but if they were smart, they would have it in stores soon. Let’s face it alcohol sales are up during the quarantine and we’re all trying to do anything to help take the edge off.

The boozy tea will set you back a little bit more than the regular cans do. Usually, the cans are “$.99 per AriZona can” but the alcohol ones will cost “$3.49 each” (brobible.com 1). That is a little steep but who are we kidding…we’re going to splurge a little. The new tea is also said to be “made with ‘premium vodka'” (brobible.com 1). Anything worth doing is worth doing right!

Twisted Tea Has Some New Competition

The company’s description of the tea makes it sound appealing to all, even people like myself who is not a big fan of tea.

Floral & herbal upfront with a sweet honey lacing over the middle entwined with a slight alcohol warming to finish.

So far, this is only sold in Canada for a test launch but hopefully sooner rather than later, this will hit shelves in the U.S. I wonder, if this is successful, if they’ll make boozy versions of their other flavors of iced teas. The green tea lemonade with the premium vodka would be a good choice. But as much as it would be nice to have this now instead of waiting until summer, its probably going to be released by then. The safety and health of factory workers is more important right now. Besides, if you have tea and vodka at home, you can make your own and test out different combinations, responsibly of course. Hang in there and keep staying safe out there everyone!