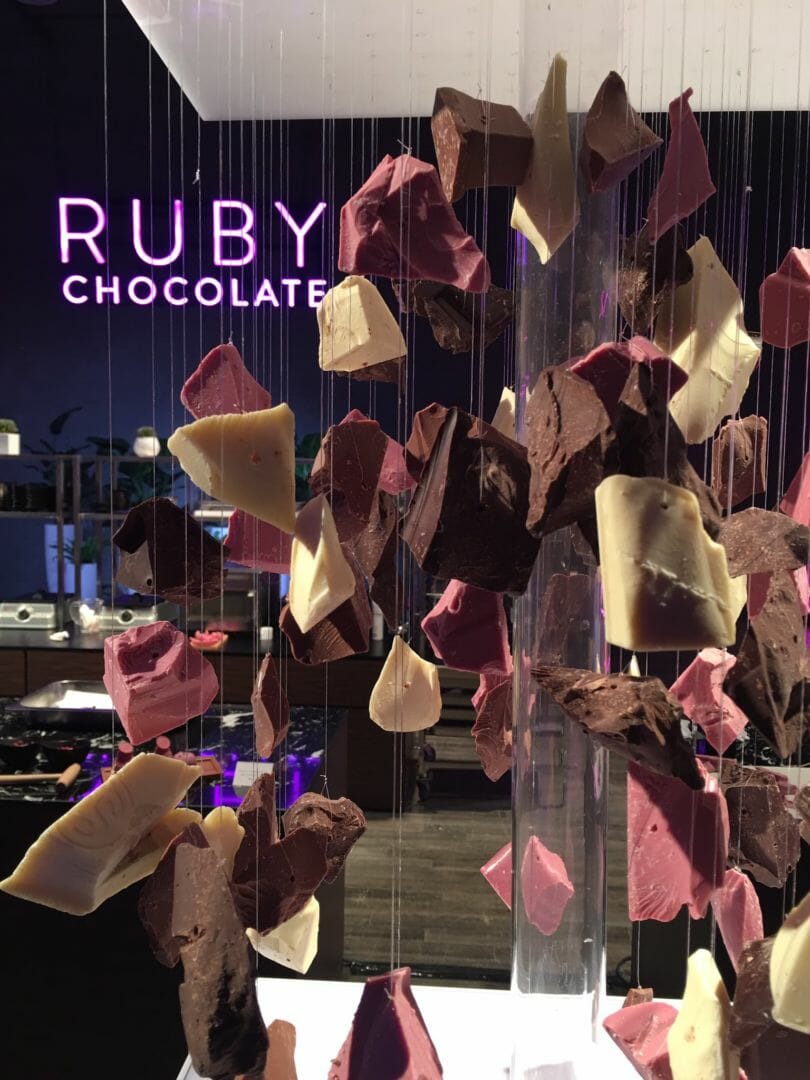 Chocoholics rejoice! There’s a new type of chocolate in town (and it’s pink).

Developed by scientists at Barry Callebaut—one of the world’s leading chocolate and cocoa manufacturers—Ruby Chocolate comes from the Ruby cocoa bean, and is said to be the fourth kind of chocolate, after dark, milk, and white chocolate.

Scientists gathered these beans from all over the world, testing them for years before unlocking certain taste and texture attributes.

This new chocolate is said to have a smooth, berry-like taste, though Callebaut claims that no berries or berry flavoring have been added.

Ruby Chocolate was revealed at an “exclusive launch event” in Shanghai on September 5th. Callebaut has already done extensive consumer research regarding this new flavor, so expect to see it in the market sometime soon. Still, no exact date or time frame has been specified.

This news comes over eighty years after the discovery of white chocolate, and Callebaut hopes this development will be even more groundbreaking.

But if you’re looking for strange, and slightly off-putting chocolate-related news, it turns out that snorting chocolate powder is officially a “thing.”