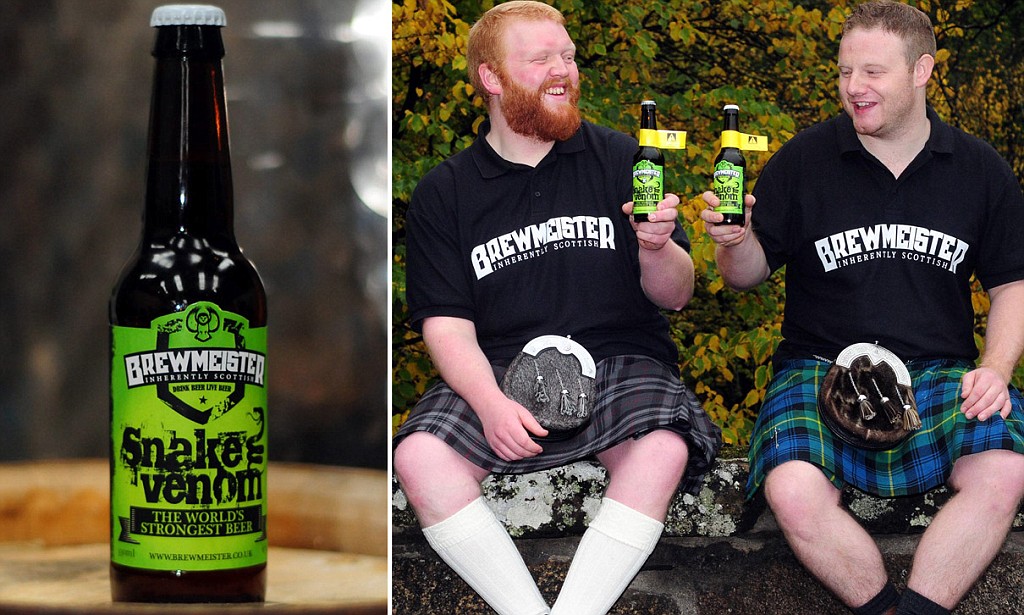 Scottish based Keith Brewery crafted the most dangerous and formidable beer–and it’s available to purchase in the UK! What makes it so dangerous? With a generous 67.5% alcohol content, Snake Venom is higher than regular beers at 4-6%, wines at 10-12%, and other spirits which hit around 40%.

I like my beer strong and cold as much as the average college student but a bottle of Snake Venom might just break the record. The only drink stronger than Snake Venom is absinthe, racking in at about 80%, and known to make people hallucinate.

Now, if you did have the balls enough to drink it, you’d probably have to scour the depths of the internet to find it. Snake Venom has been available to purchase overseas for years but has only recently been brought to the U.S.

Here’s a review from someone who actually did have the balls to guzzle it down:

If Snake Venom still doesn’t frighten you, maybe the price tag will. It’s a costly 54.99 Euros for a 330ml bottle. If you have the extra cash floating around and you were planning to get wasted anyway, why not make it an experience? One bottle of this is sure to have you unhinged.

If you were buzzed reading this and still want to further your alcohol explorations, check out these gin and tonic Easter eggs!