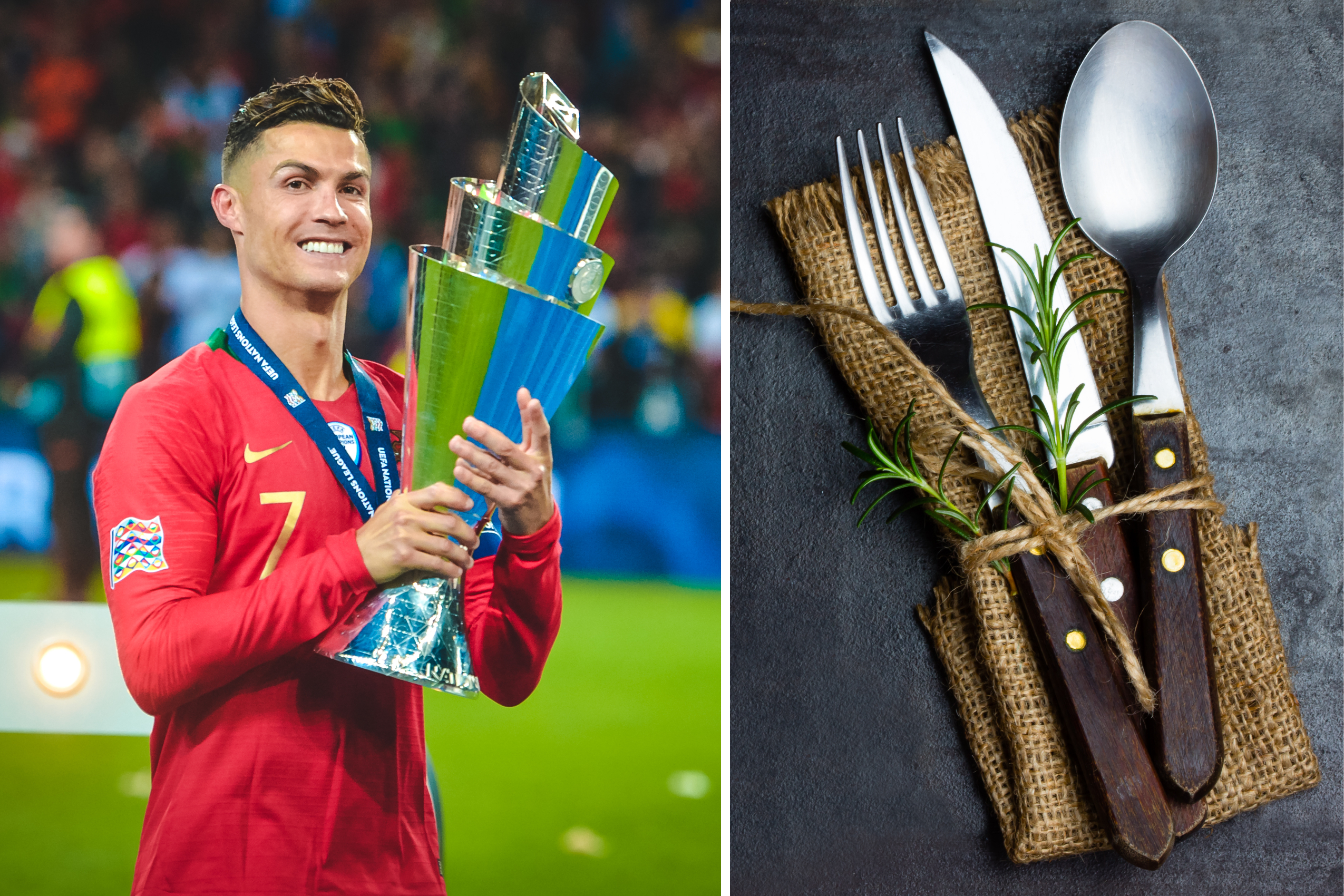 The football star is putting his best foot forward, only this time he’s stepping into the world of food and hoping to score big.

Famous for his fantastic footwork, the Portuguese sports sensation is set to try his hand at running a restaurant. The Manchester United player is combining his skills with TikTok favourite Burak Özdemir, most commonly known by his nickname CZN Burak. Burak boasts over 57million followers on the app, posting regular cooking and lifestyle videos.

However, Ronaldo’s no stranger to culinary creations himself; the 37-year-old previously had involvement with Japanese restaurant Zela, alongside tennis star Rafael Nadal and singer Enrique Iglesias. And they’re not the only unlikely celebrities that have dipped their toe into the food industry, with many more stars going down this route.

Few details have been revealed so far about the duo’s master plan, but we know to expect a London-based premise opening in November. It is anticipated that the cuisine will centre around a Turkish theme, with CZN Burak’s home country being Turkey. If Ronaldo’s personal diet is anything to go by, we can expect a healthier array of dishes on the menu… he didn’t win Sexiest Athlete in 2012 eating McDonald’s every evening, after all!

Burak’s TikTok portfolio features a wide range of different recipes, any one of which could be seen in his newest restaurant. The 26-year-old chef already has five restaurants across the world, spread throughout locations such as Dubai and Istanbul, and we’re sure that this next one will be just as successful.

So for now, all we can do is watch in awe with rumbling stomachs until the penultimate month of the year rolls around. And you can bet that Instagram will be alight with delectable photos once this restaurant opens its doors!