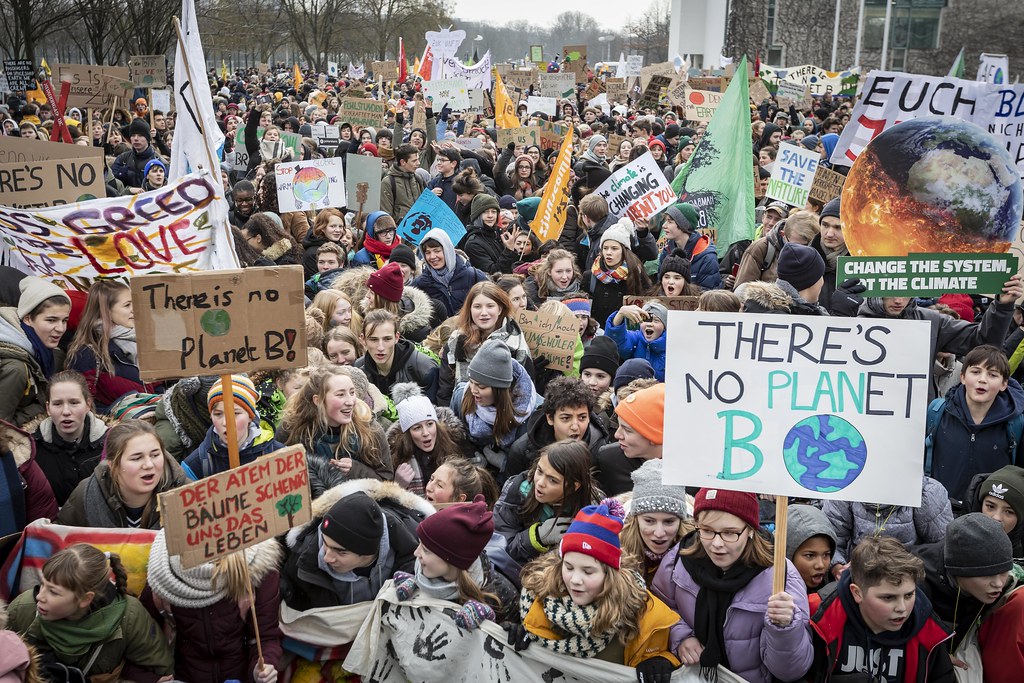 Image by Jörg Farys / Fridays for Future on flickr.com

With the continuously rising concern for our climate, a new movement has taken flight – but is shaming the right way to advocate alternative travel options?

Flygskam, translated from Swedish to mean “flight-shaming”, is the newest travel trend born in support of the climate crisis outreach, but is this new movement beckoning the correct approach?

Traveling, often endorsed for providing progressive and internationally aware thinkers, is probably one of the greatest privileges our advancement in technology and communication has brought on offer. With its mass endorsement online, it has also been accommodating to young travelers  and established travel culture as an esteemed lifestyle to aim towards thanks to ‘influencer culture’, as well. Perhaps wrongly criticized for their polished representations of life online, they still managed to bring a worldly awareness to many across media platforms. Proof can be noted by the rising trend of van-lifers, cliff-divers, and campers bringing attention to the importance of wildlife protection in national parks by presenting the modern equivalent of a travel diary on Instagram, leading to a rise in publicity and thus curation and appreciation as noted by the National Park System in the past years.

However, the same stratum of these ‘influencers’ coincides with that of the young 20-something year olds that are aspiring to encounter the world, too. With the rise of climate change awareness, comes a counter-movement to travel means that expel high masses of carbon emissions, that is: airplanes.

Flight-shaming is born as a mode of creating guilt for those that fly to travel, instead of choosing more eco-friendly means. Such actions are seen by Greta Thunberg, the Swedish 17 year old responsible for leading the speedy worldly apprehension of climate change with her School Strike movement started in 2018, definitively abandoning flight-travel and exclusively taking trains or sailing to countries. Just last month, she sailed all the way to New York in order to avoid taking a transatlantic flight, and reduce the potential of her carbon footprint.

Such lifestyle choices are important, and the small things one does as alternatives to more toxic effects to the climate should be endorsed and encouraged – but the question that arises in such movements is: is shaming the right approach?

Major outlets such as CNN, The Wall Street Journal, and Bloomberg have recently tackled this new flight-shaming craze, leading to a rising interest in alternative transport. However, now the internet’s personalities and young travel-journalists are also taking a stand with the likes of the aforementioned ‘influencers’ representing eco-friendly (or guilt-free) traveling.

I think we’re holding our breath because we know we can and should fly less, but also because we worry about who’s getting the brunt of the blame in this conversation.

Travel-writer Ali Wunderman herself (Time, CNTraveler, Instyle, Forbes) mentions how this approach to traveling, although seemingly forthright, comes with its loaded questions of privilege; who has the culpability of decreasing carbon emissions; and the use of shame as a means in instigating worldly movements. These are matters that should not be discarded, but faced straight ahead, because how can we successfully incite climate awareness without assuring that alternatives are realistically accessible?

Referencing the Wall Street Journal’s take on flight-shaming, their mention of young travelers globally “spewing” carbon on their vacations painted a harsh critique on independent traveling. However, the article failed to attend to the other potential ‘blamees’ for corporate travel such as private jet flyers, big businesses, military-industrial complexes… Young travelers seem to take the majority of the blame, yet their motives for choosing to fly because of its increasing facilitation via means of technology and the commercialization of the air market reducing prices for tickets seem to be discarded, making them easy targets for shame.

Furthermore, quickly following the trending discussion of flight-shaming, comes tågskryt: “train-bragging”. Potentially a more positive movement to replace the feelings of guilt for traveling with an invitation instead, to economic alternatives. Here, travel ‘influencers’ are taking the lead by endorsing “#slowtravel” and “#bikepacking” communities, alongside other trekking experiences. Reducing carbon emissions, reducing the shame, as well.

Traveling should not be outright banned in the sake of the climate, as it could silence the independent traveler, seeking new modes of thinking and perspective – values that are important in our modern globalized societies. Instead, the pressing significance of the climate crisis should be approached from all its complex and various factors: it’s going to take a lot of action, from a lot of different corners of the world. Examples: setting strict limits on nation’s yearly emissions, as well as personal emissions; demanding corporate responsibility; investing in offsets and alternatives both on a private standard and an industrial standard…

While it is extremely important to apprehend the effects of corporate travel to climate change, our focus should not be on shaming as a means of reducing carbon emissions but advocating feasible and economic alternatives, instead.

Read more on the importance of lessening the world’s impact on the climate here.