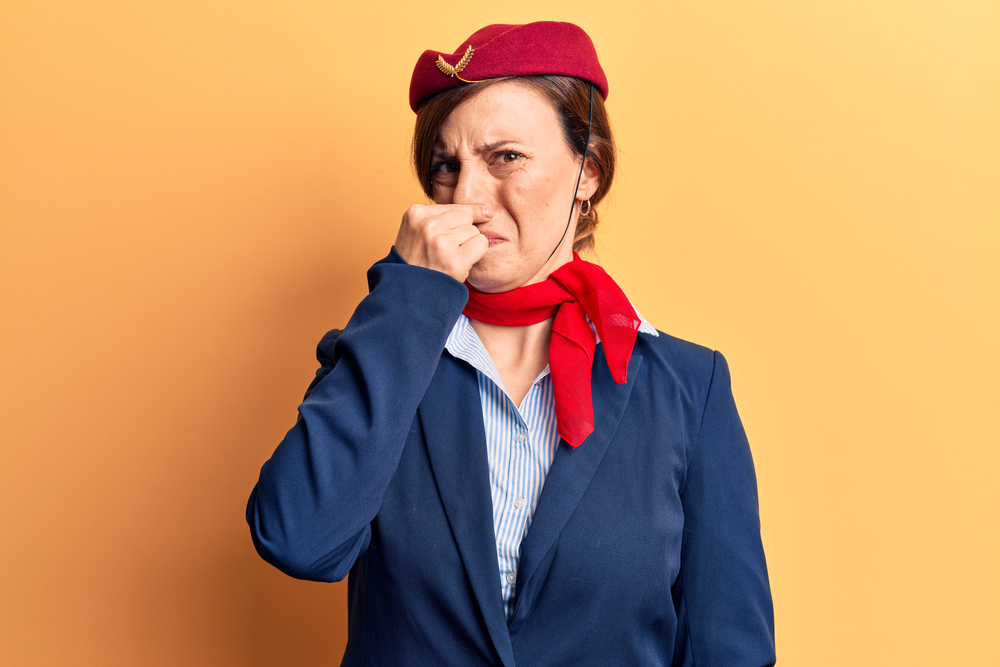 Out of all of the things that could go wrong with your flight, this one seems quite unusual. Imagine being told that a farting passenger had caused so much disturbance that the plane had to land.

On this flight from Dubai to Amsterdam, a violent fight broke out. It all started due to one passenger continually breaking wind and refusing to stop. The pilot was forced to make an emergency landing. The flight was diverted to Vienna airport to deal with the smelly situation.

Two men who started the scrap over the putrid farts were removed from the flight. Also, two women from the same row were forced to leave the plane. It seems like all four of these passengers have been banned from flying with Transavia Airlines. The airline has said that is their job to ensure a safe flight and that these passengers, ignored the warning and continued to pose a threat.

The women were allegedly involved in the disturbance but later claimed otherwise. As a result, they are now suing the airline, accusing them of victimizing them. Nora Lacchab has commented on this messy situation, voicing that the two women stay away from trouble.

Here is what she had to say:

“We had nothing to do with the whole disturbance. We distance ourselves from that.

Do they sometimes think that all Moroccans cause problems? That’s why we do not let it sit.

We had no idea who these boys were, we just had the bad luck to be in the same row and we didn’t do anything. All I will say is that the crew were really provocative and stirred things up”

So, not only have all of the other poor passengers had to endure their flight with an awful smell, they have also been delayed on their flight to Amsterdam.

It is quite shocking that one man’s flatulence can lead to an international incident and a prolonged flight time. Maybe he should consider sitting on his own next time. See this new design idea which would be perfect for this man, Company Design Ridiculous Glass Seating Area.