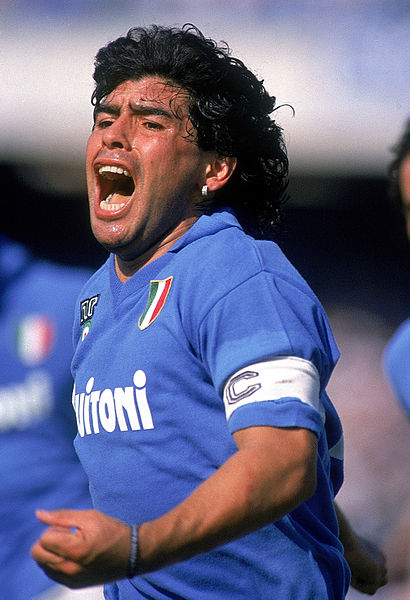 Footballing legend Diego Maradona has not enjoyed a quiet life since his retirement as a player from the ‘beautiful game’ and he rarely shied away from the spotlight whilst a player.

However, this new tale puts many of his previous escapades to shame. In an interview with Argentina’s TyC Sports Maradona claimed he had been abducted by aliens after ‘a few too many drinks.’

In the interview Maradona said that after his boozy indulgences he went missing for three days. Upon his return home he shared the preposterous tale:

I got home and said the UFOs had taken me. I said ‘They took me, I can’t tell you about it.’

This is certainly a new way to make excuses for a three day drunken binge. However, could it really have happened? Probably not. The joint winner of player of the 20th Century is not what I would call a reliable source. In the same interview he described losing his virginity at 13 to an older woman reading a newspaper. For a man who once banned his players having sex when manager of the Argentinian national team this seems a tad over the top.

Maradona is the man English fans love to hate after his infamous ‘Hand of God’ goal in the 1986 World Cup. He has entertained us with crazy celebrations, mad statements criticising other players and senior football figures as well as his undeniably incredible skills as a player. Now in charge of the Argentinian football club Gimnasia de La Plata, he shows no signs of slowing down. He has also suffered from various addiction issues as well as being a subject of controversy over alleged tax avoidance. His forthright style also applies to politics. From his scathing opinions on George Bush to his opinions on South American politics there isn’t much Maradona hasn’t given his insight on.

Whilst it’s easy to see Diego Maradona as a bit of a joke he is a man whose name will not be forgotten in sporting history. I bet those aliens were more scared of him than he was of them.

Have a look at another mad Maradona moment here.