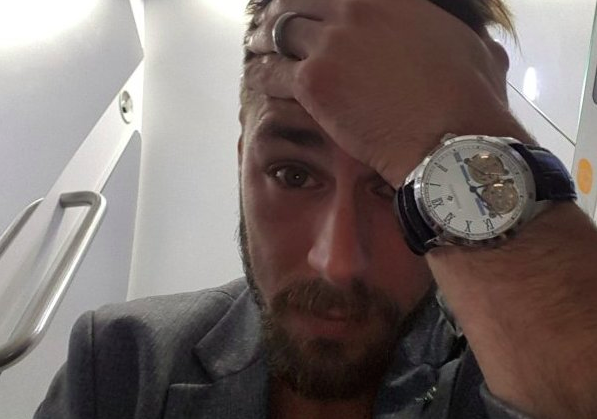 Finance Broker Samuel Jankowsky, 29, had his boarding pass checked three times by airline staff after leaving Germany for Stansted Airport, but unfortunately no one checked well enough to realize that he was going in the completely wrong direction. It was only after a nap that Samuel noticed his plane had passed the UK on his inflight tracker. When he noticed the mistake, he frantically messaged his wife before landing 8,500 miles away from home. 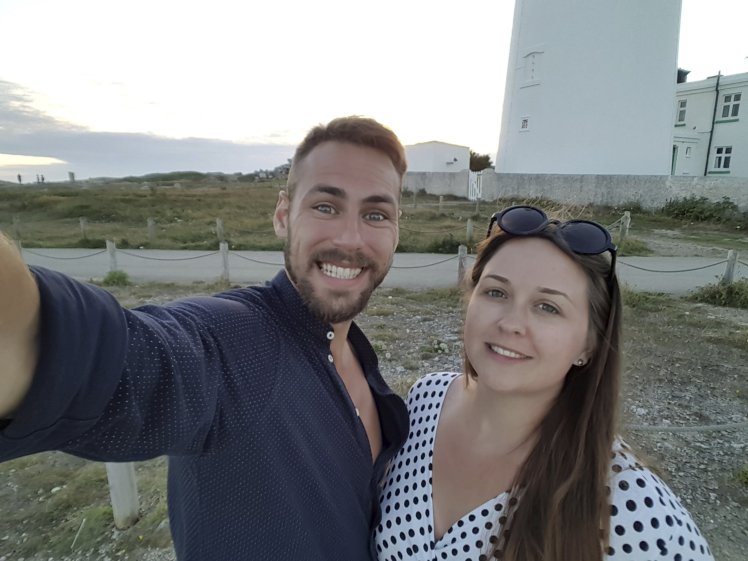 When I got on the plane I did think it was a big plane for a short flight, but I didn’t worry about it.

I put on my headphones and went to sleep. When I woke up I saw that we had passed the UK.

I asked the person next to me what was going on and he said: “We’re flying to Vegas”. I said: “Oh f***! Can we turn the plane around?”

I didn’t even know Eurowings flew to Las Vegas.

I paid €12 so I could get WiFi and WhatsApp my wife to explain. She was distraught and called Eurowings to complain.

I was treated like a person who tried to enter the US without a visa. The official said we had an hour to do the paperwork to put me on a flight back to Cologne.

If I missed the flight, I’d be detained until Tuesday when there was another Eurowings flight. I had a boarding pass for London Stansted which cost around €120.

They seemed to think I had sneaked onto the plane to get a flight to Vegas on the cheap.

They even put me in a little cell and completely searched me. I was supervised the whole time I was there.

On the flight back I wasn’t treated at all well by the cabin crew. I didn’t want to be there anymore than they wanted me there.

The crew were professional but they treated me like they had a criminal on the plane, maybe a serial killer. It was like I was in the film Con Air.

The whole experience not only cost me time but also I am Euro 878.66 out of pocket for the food, hotel and flight home.

How could I have boarded the aircraft without a valid boarding pass for that flight? Staff checked my boarding pass three times. It shows the ineptitude of Eurowings staff.

Heaven forbid my intentions were not good. This is a major security failing.

In the end, I took a train to Mannheim in Germany and stayed with a friend while I looked for an affordable flight.

I found one from Stuttgart airport so I had a two and a half hour bus ride from Mannheim to the airport. 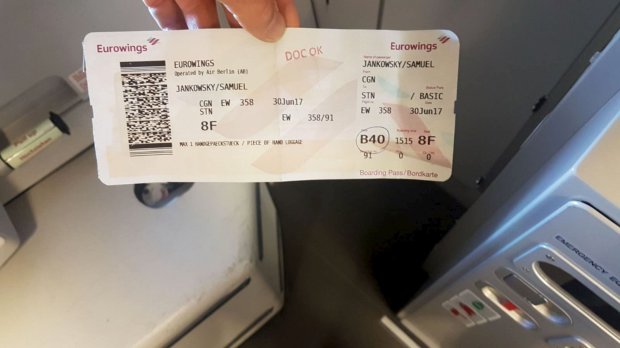 I’d say Samuel totally lucked out by scoring a one-way flight to Sin City on the cheap, but after all the time, energy, and money spent during this debacle, it seems that Eurowings successfully made this situation an absolute nightmare for the young British finance broker.

Just imagine the extremely desperate and sinking feeling he had after waking up from his nap and finding out the plane had passed the U.K. en route for Vegas.

It seems like in a situation like this, when your boarding pass gets checked by the airline staff at least three times, that the airline should’ve been at least a bit more apologetic and accommodating about the mishap, rather than treat the poor dude like an international criminal attempting to sneak into the U.S.

Mistakes happen, but Eurowings should issue an apology and at least offer to comp Samuel for free airfare and/or hotel stays for the inconvenience.

Flying really can be hell – especially if you’ve ever been late catching a flight. In that situation, you might need to pull some crazy parkour sh*t like this dude.