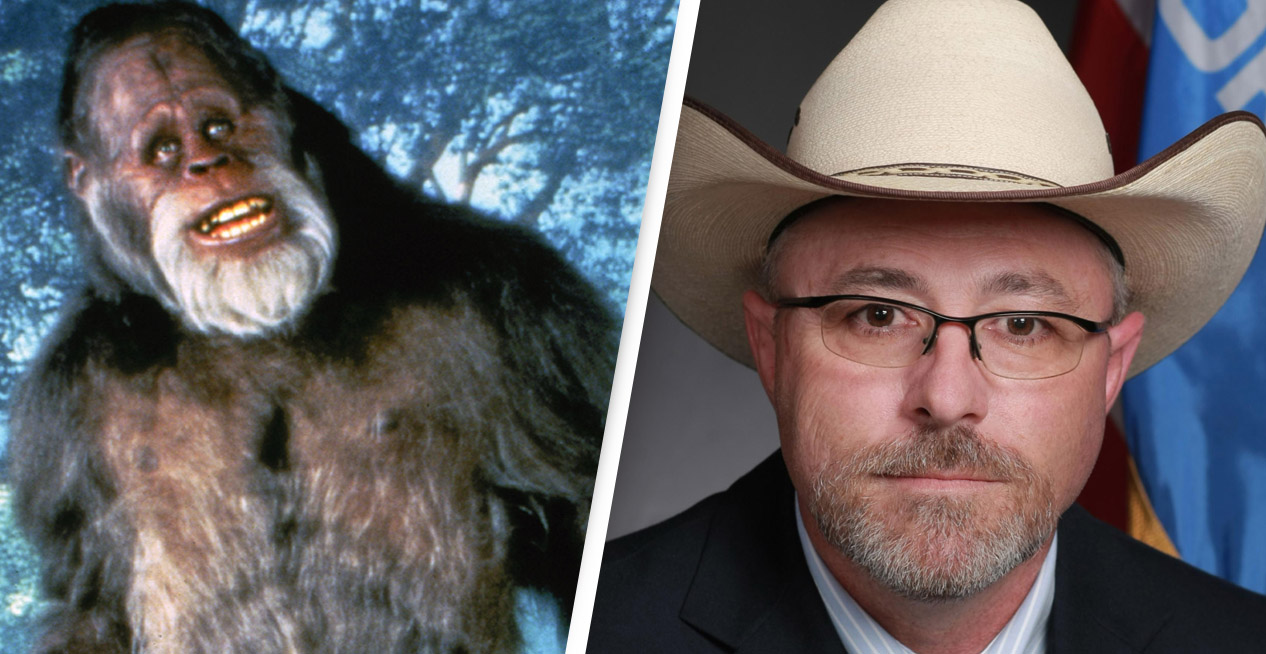 Well, you can forget Christmas season, because Bigfoot hunting season could be on the way… all thanks to one Oklahoma lawmaker.

Like Scotland’s Loch Ness Monster (or Nessie as it’s more commonly known) Bigfoot or Sasquatch, is one of the world’s greatest mysteries. Bigfoot is an ape-like creature that supposedly inhabits the forests of North America.

The American states where it supposedly resides are pretty protective over the monster that lurks in their land. Well, Rep. Justin Humphrey has taken this conservation one step further.

On Wednesday, January 20, the day Joe Biden was sworn in as the 46th president of the United States, Humphrey filed House Bill 1648, which would see official rules, hunting licenses, and fees for hunting Bigfoot, as per ABC7.

The most recent “sighting” of Bigfoot was in December of last year. In an article first published by The Valley Voice, a group travelling on Highway 6, south of the village of Silverton, reported a possible night time Bigfoot sighting on Dec. 25. The tracks, however, turned out to be those of a moose.

In a statement, Humphrey said “Tourism is one of the biggest attractions we have in my House district. Establishing an actual hunting season and issuing licenses for people who want to hunt Bigfoot will just draw more people to our already beautiful part of the state. It will be a great way for people to enjoy our area and to have some fun.”

The use of guns is alarming but Humphrey wants to ensure the language doesn’t ‘promote killing Bigfoot.’ He just wants people to trap it instead. He also hopes to secure $25,000 to put forward as a bounty for the first person to capture one.

Humphrey said ‘Having a license and a tag would give people a way to prove they participated in the hunt. Again, the overall goal is to get people to our area to enjoy the natural beauty and to have a great time, and if they find Bigfoot while they’re at it, well hey, that’s just an even bigger prize.’

If the Bigfoot Bill does somehow get passed, it’ll come into play on November 1. Get that date firmly in your calendars…

Lets hope something Bigfoot’s size doesn’t evolve to do this.