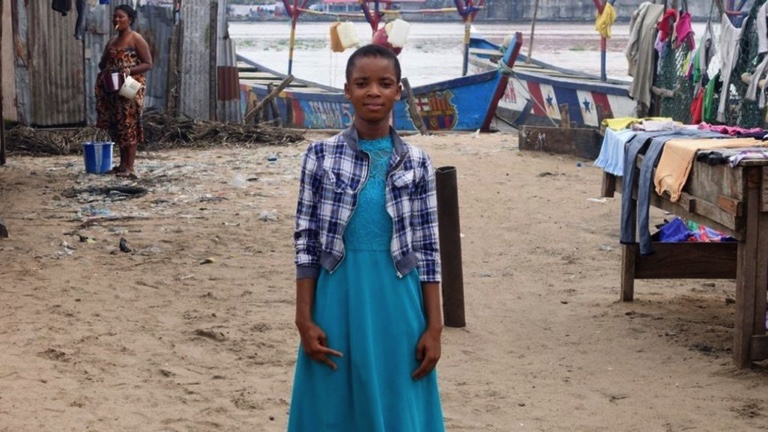 This young girl is taking a stand against the sexism that is still so prominent within the sporting industry. Her goal is to play football for Real Madrid and it looks like nothing can stop her.

Jessica Quachie is fighting against the ignorant people who think that women have no place in sport. Wouldn’t you think that by 2018 we would have equality, at least in sports?! Despite the sexism that still exists in the industry, Jessica is not letting it stop her from doing what she loves, playing football.

Jessica comes from West Point, Liberia’s biggest slum community. which is where her football quest began. She has been playing on the streets of her hometown from the age of 6! She has always played on the streets with mostly boys but that hasn’t stopped her from shining. Jessica says, in an interview, that playing with the boys gives her energy.

Whilst playing on the streets and taking on the boys, Jessica was scouted by Monrovia Football Academy. She has been given an amazing opportunity to progress to professional football. She has also been given an education; Jessica has learnt to read since she has been at the academy. Jessica has even played in international tournaments with football agents from top European clubs such as Manchester United.

Real Madrid is the team that she has set her heart on. With her determination, she is a great example of how women can excel in sports and even make a career out of it. Let’s hope she makes it all the way!

This video of Jessica’s interview with the BBC is a must-see, watch it here!

Such a young girl’s fight for a career in what she loves is truly inspiring! If, like myself, you aren’t quite as talented as Jessica, see Best Sports For The Unsporty for things that even we can get involved in!