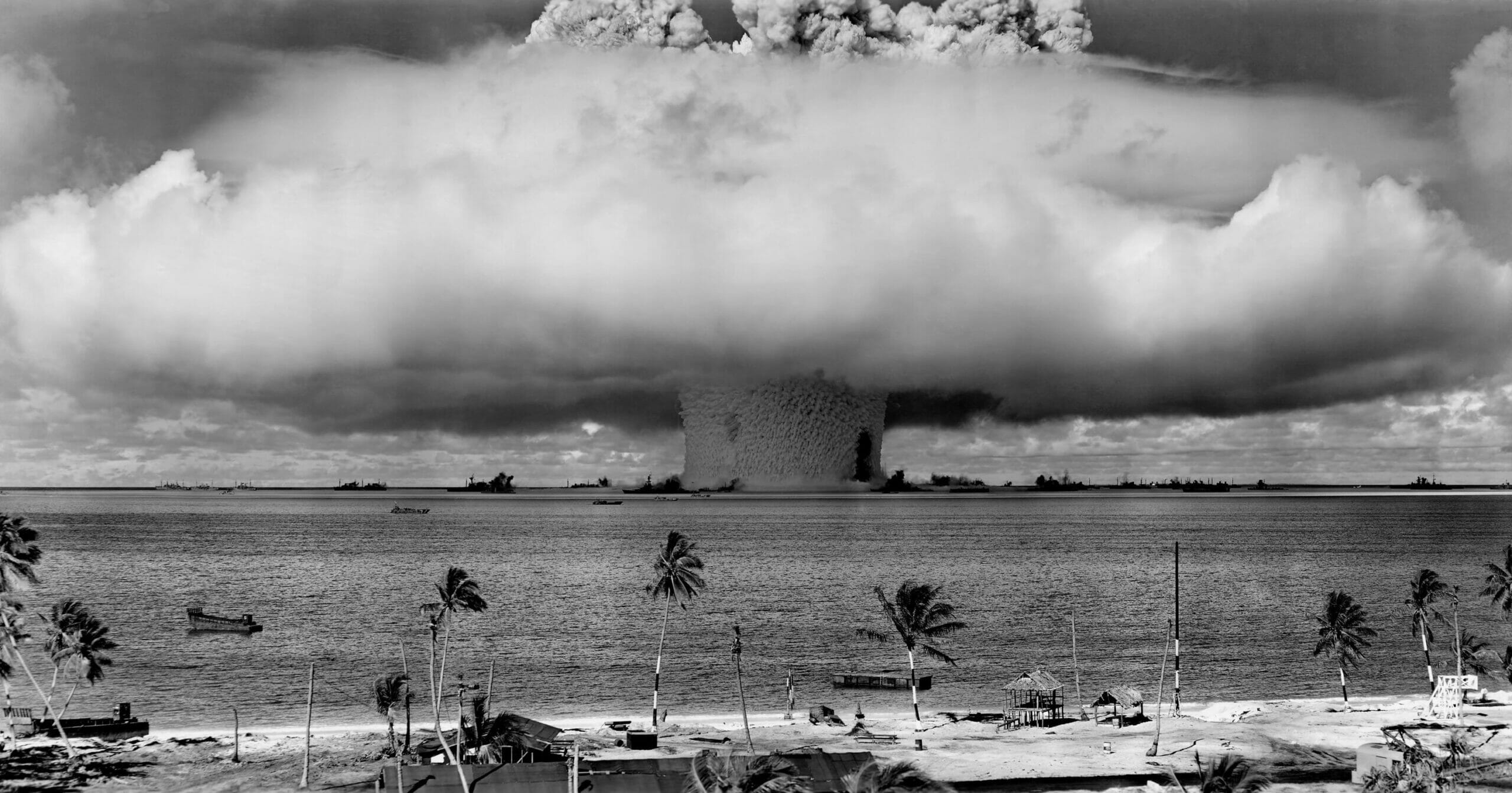 It was 1946, just after World War II ended in the Pacific when the residents of Bikini Atoll were relocated off their island.

In total, 167 residents of the remote Pacific island moved away, told that the United States military would be testing its nuclear innovations to prevent future wars. This came only a year after the dropping of two atomic bombs on Hiroshima and Nagaski.

The perfect location for a nuclear test, Bikini Atoll was under the control of the US government and within the 1,000-mile range of a military base from which bombers could depart.

Throughout the history of the island as a nuclear testing site, a total of 23 nuclear weapons were set off. The bombs were dropped and exploded in the air, underwater, and in the reef by the island.

The United States tested bombs that dwarfed the power of the bombs dropped on Nagaski and Hiroshima. In one instance, scientists miscalculated the power of a thermonuclear bomb detonated on 1 March 1954.

The bomb, originally expected to reach a blast power of 4 to 8 megatons of TNT, detonated at a power of 15 megatons of TNT–1,000 times more powerful than the bombs dropped on Hiroshima and Nagasaki.

Before the United States tested the 23 bombs on the island, Islanders were promised that they would be able to move back to the island following the US experiments. In 1970, some Bikini Atoll families did indeed return to their homeland, but they soon developed dangerous levels of strontium-90 and cesium-137.

Instead, most former residents of the island moved to Kili Island (about 450 miles away) and others relocated to the United States.

Still, 77 years later, the island is not safe to visit after the slew of nuclear tests carried out here.

“Probably the most robust finding from our research is that Bikini Island must be cleaned up if people are to live there again,” said Ivana Nikolic Hughes, a senior lecturer at Columbia University and the Director of the K-1 Project Center for Nuclear Studies. “This is based on levels of Cesium-137 in the food, background gamma radiation, and presence of various isotopes in soil and ocean sediment.”

However, researchers from Stanford University discovered an “abundance of marine life apparently thriving in the crater of Bikini Atoll” in 2017.

The United States government, after the years of testing that led to the island’s inhabitability, agreed to pay former residents and their progeny $125 million for the damage and displacement that the nuclear experimentation caused on their home island.

Enjoyed this read? Check out more like it: Anti-Pornography Extremist Tries to Bomb Cellphone Stores in Effort to Stop ‘Transmission of Pornography’