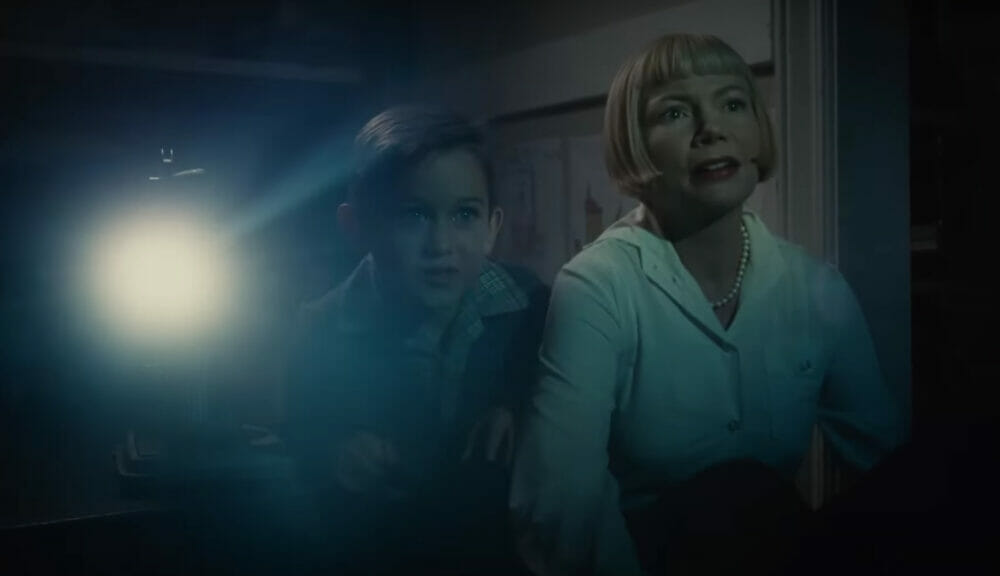 The holiday season is fast approaching. Forget the family arguments, the racist remarks by getting-on aunts, and the dried-out turkey breast, there’s one thing we can rely on to not cause a stink this Christmas: movies.

This year’s crop of movies has been a damn sight better than previous years, almost rivaling the last good year for film: 2017. With output like Decision to Leave, Aftersun, and The Banshees of Inisherin, there’s a lot to be excited about for the rest of the year. Here are four to check out this December.

From the acclaimed director of 2017’s Call me by your name, Luca Guadagnino, comes Bones and All. Guadagnino, who made waves with the critically acclaimed I Am Love (2009) starring Tilda Swinton, pivoted from arthouse to more academy-ready CMBYN.

The 2017 romance was suffused with the heart-aching yearnings of ill-fated love and nostalgic bliss that culminated in a bittersweet ending that left viewers’ hearts agape with longing. Part forbidden romance between young lovers, part cannibal spectacle, Bones and All marries the European grit and arthouse bravado of Guadagninio’s early work with his later accessible fare.

The film follows Lee (Timothée Chalamet) and Maren (newcomer Taylor Russell), who eat human flesh to survive, all the while navigating their first love. Whether it’s an artsy rom-com or wistful gorefest you’re after Bones and All is sure to bite.

No one does snappy New Yorker comedy like Noah Baumbach. The director of Frances Ha (2015) and Marriage Story (2019) captures the zippy zany world of the big apple through his larger-than-life troubled artists. Whether it’s unsuccessful dancers, or to down-on-their-luck playwrights to kooky socialites Baumbach has a flare for always an on-the-go city. His characters never sit down, they’re always interrupting each other and they’re almost never satisfied in life. White Noise represents a bit of a departure for the New York native.

Although teaming up with long-time collaborator and partner Greta Gerwig as well as Adam Driver, Baumbach’s latest abandons New York life for genre filmmaking. Based on Don DeLillo’s novel of the same name, White Noise is about a family dealing with the catastrophic effects of a cataclysmic ‘Airborne Toxic Event’. His down-to-earth comedy takes an existential turn, with all the hallmarks of fascinating sometimes uncomfortable familial woes culminating in a hilarious romp that’s sure to please a crowd.

Matilda is a household name: the movie is about an orphan, despised by their guardians, who discovers they have a magical gift and attends a wildly dangerous school. No, I’m not talking about Harry Potter. Roald Dahl’s beloved story has been told in numerous iterations, capturing audiences’ hearts 1996 film directed by and starring Danny Devito.

However, Matilda made a comeback in the 2010s with her debut on the west end. Matilda was transformed into a fully-fledged musical. with the same precocious charm Matilda, the musical has now made its way back to the big screen. Starring familiar faces like Stephen Graham, Lashana Lynch, and Emma Thompson – if Matilda with music is your thing, this won’t disappoint.

Violent Night is a great pun. That alone is a reason to watch. However, Violent night offers something for the gritty action crowd you think John Wick could do with some more festive cheer. If you thought Billy Bob Thorton’s outing as jolly ole saint Nick was too dark and crude for you then this will certainly not be your bag, or rather, sack.

Violent Night stars Hopper from Stranger Things – David Harbour – as a bitter washed-up Kris Kringle, who, after studying Kevin McCallister’s playbook, has turned to the goriest means in dealing with violent naughty list Ne’er-do-well who seek to ruin Christmas. if that hasn’t got your heart pounding harder than 30 pigs in blankets then perhaps baubles shurikens will. watch the trailer below: