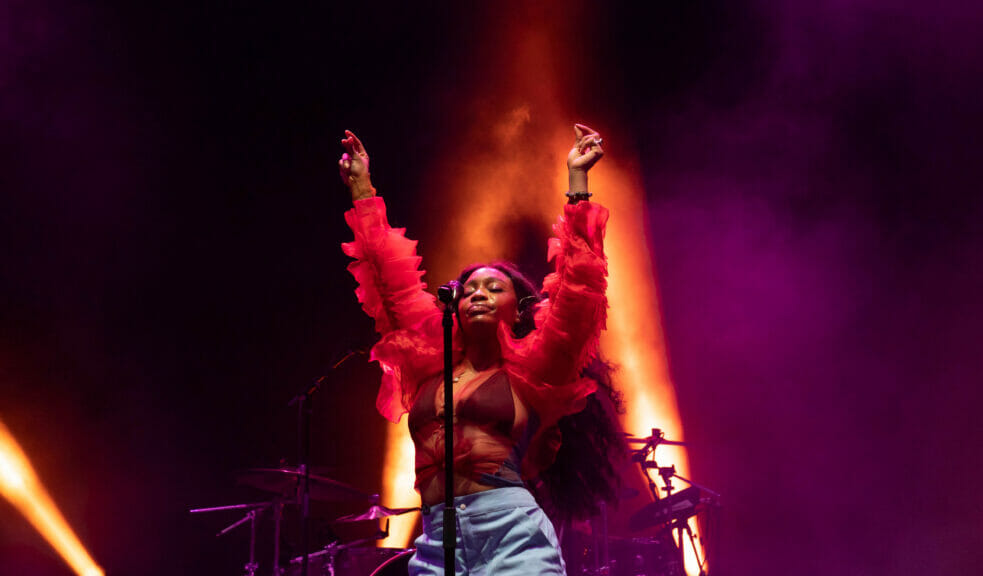 If you’ve been on Tiktok at all in the last month, you’ve probably heard clips of SZA’s latest hit. “Cuffing Season” is all about wanting a big boy for Christmas! Sounds good, right? Who doesn’t love some festive body positivity?

The only problem? “Cuffing Season” isn’t even a real song. Actually, it started as a SNL skit. And once people realized the skit’s true meaning, the discussion started heating up.

After its release, “Cuffing Season” went viral in several different ways. First, the audio made up the background of fan edits. Jim Hopper from Netflix’s Stranger Things, Jack Black, Maui from Moana, and other “big boys” starred in these videos. Other characters, like Bob Duncan from Good Luck Charlie, the snow monster from Frozen, and Baymax from Big Hero 6, popped up like wild cards. However, the overall vibe of the audio was overwhelmingly positive, hyping up men of all shapes and sizes.

Tiktok users also began showing off their “big boy” partners. This use of the trend, just like the first, appeared sweet and appreciative. Many people took the opportunity to lift up body types that are not often celebrated.

Finally, in true Tiktok fashion, dancers discovered the audio and added some fantastic choreography. Abby, @biggirlnamedabby, posted her original video on December 10th, along with a full tutorial two days later. The dance, just like the song, went viral. People couldn’t get enough of it!

The heavily-circulated clip, catchy and irresistible, stuck in everyone’s head. Soon, people began Googling, searching Spotify, and combing Apple Music to find the full piece. Little did they know that “Cuffing Season,” aka “Big Boys,” wasn’t even a real song!

It all started when SZA appeared on Saturday Night Live to promote her new album, SOS. “Cuffing Season” came from a one-off skit titled “Big Boys.”

The skit is overlaid with a constant laugh track, and includes jokes about the “big boys” always keeping snacks in their pockets, stuffing their fridges with steak, and sitting in first class because they can’t fit in any other seats. While the song itself isn’t derogatory, some of the jokes read more negative than positive. Generally, many fans were disappointed that their favorite new song started as nothing more than a cheap laugh.

The end of the skit even includes Punkie Johnson, a lesbian comedian, saying: “I love girls, but they can’t keep me warm! I want to be the little spoon sometimes.” This seems like an intentional exclusion of larger women from the narrative, though she does attempt to make up for it later by saying she “likes her women big.”

Since the origins of “Cuffing Season” became common knowledge, people have had a lot to say. Tiktok users have accused SNL of fatphobia and misogyny, along with just general ignorance of their audience. It seems like the show might not be evolving with the times, leading to outdated and unfunny jokes.

Abby, @morethantracyt, points out that not only are these jokes being made by thin people, but that the sexism in the skit is apparent. She also remarks that while some of the bits were light and positive, others really struck a negative chord. Commenters largely agreed with her, saying that “It shows how out of touch SNL is” and “I was DEVASTATED when I found out that it was a parody song.”

Others thought the analysis went a bit too far, and defended the show by saying it was “just a skit” and it “wasn’t that deep.” However, Abby wasn’t the only one who felt uncomfortable about the parody, which definitely indicates that a larger issue is at hand.

Of course, the situation is not without positives. More optimistic Tiktok users noted that despite the song’s origins, its message was accepted and celebrated. Whatever the original meaning, people jumped at the chance to lift up “big boys” all over the globe. Though we still have a ways to go, body positivity has come a long way!

Fans have been increasingly vocal in their requests for SZA to release “Cuffing Season” as a full song. We’ll have to see if she takes their advice!

To read more about fatphobia and body positivity, click here.